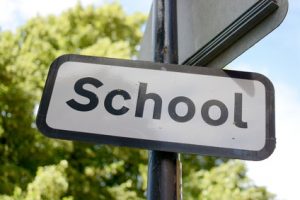 David Kingman reports on how the UK fared in the latest round of the OECD’s PISA tests, which compare how school children perform in reading, maths and science

Schools standards in the UK have stagnated over recent years compared to those in many other developed countries, and the socio-economic divides between richer and poorer children remain too big, according to the conclusions of the latest round of PISA tests undertaken by the Organisation for Economic Cooperation and Development (OECD) which were published at the beginning of December. Is the UK failing the next generation of schoolchildren?

The Programme for International Student Assessment (PISA) is an exercise undertaken by the OECD to measure the standards of educational attainment achieved by 15 year olds across its member states (which are predominantly wealthy countries). Every three years, a large sample of students within each participating country is subjected to a set of standardised tests that are designed to assess their reasoning abilities in reading, maths and science.

Some sample questions from the 2015 edition of the PISA test, which involved 15 million students from around the world, are available on the PISA programme’s website: www.oecd.org/pisa/test. PISA is by far the largest and most high-profile attempt to compare standards of education globally, and since its launch in 2001 its results have attracted a great deal of attention from the media and policy-makers.

Ever since its launch, a particular group of countries has tended to score highly on PISA tests, most of which are from Southeast Asia, in particular South Korea, Macao, Singapore, Hong Kong and parts of China (different Chinese regions are assessed separately by PISA on account of the country’s vast size). Finland has regularly been the most successful European country by a significant margin.

The PISA tests have generally suggested that the UK is a middle-ranking country in terms of educational attainment. Following the previous round of PISA results, in 2013, concerns were raised about the UK’s performance as it came outside the top 20 countries in all three subject areas. The then education secretary, Michael Gove, described this performance as “at best stagnant, at worst declining” and argued that it demonstrated the necessity of the education reforms he was trying to introduce.

The latest round of results (which were measured in 2015) suggest that there has been little improvement. Although the UK significantly improved its ranking in science, rising from 21st to 15th place, it was still only ranked 22nd for reading and had fallen to 27th in maths. Clearly, it would be unrealistic to expect to have seen a huge improvement in only three years (especially since the last three years have been marked by dramatic reforms to state school education in England, with the growth of academies and free schools). However, it is concerning that the UK is being significantly outperformed not only by the acknowledged “superpowers” of the PISA tests which were listed above, but also by a number of significantly less-developed countries that have nevertheless managed to improve their scores while the UK’s have stagnated. The latest rankings suggest that Vietnam and Slovenia outperform the UK in science, while Estonia and Ireland do so in reading. Given the level of resources which the UK devotes to education, these results look unimpressive.

PISA scores are by no means perfect, and have been criticised by some within the education world for over-simplifying a hugely complex area of public policy.

However, there are a number of solid reasons for arguing that we should all be concerned about the UK’s PISA performance. Firstly, the OECD collects a wide range of social and demographic variables about the students who take PISA, which enables them to analyse how well students do in relation to their backgrounds; according to the UK’s PISA report, this shows that children from lower socio-economic backgrounds do 11% worse than those from wealthier ones, which is roughly the OECD average (13%). The level of geographical variation within the UK’s PISA results is particularly stark, as pupils’ scores in Wales, Scotland and Northern Ireland have all actually deteriorated since 2006. This highlights important inequalities within the UK’s education system that need to be addressed to create a fairer future for all.

Secondly, on a related point, there is a wealth of evidence showing that primary and secondary school performance has a huge impact on people’s economic futures. Given that many young people are currently finding it much more difficult to succeed where jobs and housing are concerned than it was for previous generations, equipping them with the right set of skills at school has become even more crucial. This is important not only for individuals, but also for the UK as a whole; many economists argue that the UK is being held back by its low level of workforce productivity, which ultimately stems from too many workers not having the right skills for the modern labour market.

A growing volume of evidence suggests that healing many of the UK’s most important divides – between different social groups, different areas of the country and different generations – will require us to educate the next generation of children more successfully than we are doing at present.