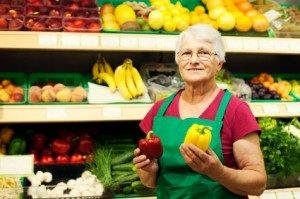 Staying at work until later in life rather than completely retiring is better for older peoples’ health, according to the findings from a recent report by the Chief Medical Office for England into the health of the Baby Boomer cohort.

Professor Dame Sally Davies, the current Chief Medical Officer, is tasked with producing an annual report on the state of the nation’s health, which usually concentrates upon a particular theme. This year’s theme was the health and wellbeing of the generation that is currently aged 50–70, many of whom would be considered Baby Boomers. Having looked at various aspects of health within this generation, Professor Davies’s main conclusion was that the best thing many of them could do for their health would be to remain active and in the labour force.

Her report argues that “People are living longer than ever and so retirement presents a real opportunity for baby boomers to be more active than ever before. For many people, it is a chance to take on new challenges, it is certainly not the start of a slower pace of life it once was. Staying in work, volunteering or joining a community group can make sure people stay physically and mentally active for longer. The health benefits of this cannot be overestimated.”

Current estimates suggest that over 75% of people who are aged between 50 and State Pension Age are still working, which is a relatively impressive figure given that a) state pension age has been rising, so this group now contains more older people than it has done previously, and b) significant numbers of people tend to begin dropping out of the labour market once a birth cohort reaches its fiftieth birthday because of health problems and early retirement.

However, the report also notes that Baby Boomers face significant risks to their health from lifestyle-related problems, particularly as many of this generation would have come of age before public health concerns about smoking, excessive drinking and healthy eating had reached their modern-day level. Among the Baby Boomers, almost half (45%) of the disease burden is attributable to such lifestyle factors, which tend to display a pronounced social gradient (so you would expect the health problems facing Baby Boomers who’ve been poor throughout much of their lives to be significantly worse on average than those of the more affluent).

The report does contain some worrying statistics about these lifestyle factors. One in three Baby Boomers is obese, a higher rate than the figure of roughly one in four which is seen amongst the population as a whole. A third of women in this group and nearly half (45%) of men are considered to be overweight, again rates which are higher than amongst the population as a whole. Almost two-thirds of Baby Boomers say they have not engaged in any moderate physical activity lasting at least thirty minutes during the past month. The report also raised some concerns about alcohol intake among members of this age group, particularly women: while male Baby Boomers as a group now appear to be drinking less than they did when they were younger (4–5 units per week less on average than they did 20 years ago), women in this age group are actually drinking more (by 2 units per week, on average). On the other hand, smoking appears to be a more positive story: among both male and female Baby Boomers slightly fewer than one in five are currently smokers, which is a fairly low proportion given that this generation came of age in a period when smoking was much more socially acceptable than it is today.

Overall, it appears that society could have the opportunity to save itself a lot of money in the future in terms of lost productivity, and NHS and social care costs, if it can get Baby Boomers to improve their lifestyle choices so that they can remain in work for longer without suffering from lifestyle-related ill-health. The question is whether the public health system, given its financially stressed state, will be up to the task of doing that.