Is an increase in Council Tax the best way to address the funding crisis in adult social care? David Kingman looks at the issues 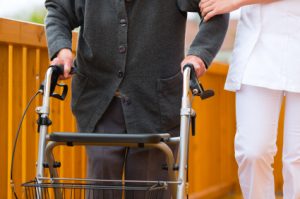 The government is considering allowing English local authorities to raise additional funds from a precept on Council Tax in order to provide extra revenue for social care services. This would be on top of the additional 2% precept that English councils have already been allowed to charge since the beginning of this parliament, which the government introduced in a previous attempt to try to plug the ever-increasing funding gap in this area of the welfare state. Would this be enough to solve the crisis in adult social care?

Is Council Tax the only option?

The option of increasing the Council Tax precept is one of several which are under consideration within the Department for Communities and Local Government (DCLG) – the central government department that has responsibility for local authorities, who ultimately provide most state-funded social care – that they could unveil when they are expected to announce new funding plans for adult social care on Thursday 15 December.

According to the BBC, several different approaches to using Council Tax to raise more money for social care have actually been mooted. Under what was thought to be the Conservatives’ favoured option, local authorities would have been allowed to increase the precept by an additional 2% in each of the remaining years of this parliament (which is expected to last until 2020). Therefore, in four years’ time Council Tax could potentially be 8% higher than it is now in many parts of the country.

However, there is some speculation that the funding position of many local authority social care services is now so bad that the government will have to go further than this, either by allowing local authorities to reach the target of charging an 8% precept sooner or by allowing this figure to rise even further. The only alternative to levying a larger social care precept is thought to be redirecting money from the Better Care Fund, a pot of shared local authority and NHS funding – which is worth £3.9bn this year and is due to increase by £1.5bn in 2019 – that was supposed to be used to support integration between the two systems. Some voices are now calling for this money to be brought forward.

What makes the proposal to use Council Tax so unusual is that over the last two decades, central governments of all political stripes have imposed very stringent restrictions on the rates of Council Tax which local authorities can charge because the tax is perceived to be so unpopular with voters (which also explains why the property values on which it is based have never been updated in England since it was first introduced in 1992). The Conservatives have historically shown particular antipathy towards Council Tax, which only exists in its current form because it replaced the Poll Tax, Margaret Thatcher’s infamously failed attempt to radically reform local taxation which contributed significantly to her resignation in 1990.

Cleary, the problems affecting adult social care – which has seen spending on old-age care fall by 9% in real terms over the past five years during a period of rising demand – are considered to be so serious that the government is willing to listen to this proposal.

Is raising Council Tax a good way of paying for social care? Like any option it has its positives and drawbacks. The main positive impact of this strategy is that it should raise an appreciable level of additional resources to spend on social care, and as a large share of higher-banded properties are almost certainly owned by the over-50s, in a roundabout way this option leverages some of the wealth of the cohort who are likely to place the biggest demands on care services in the near future.

However, it also has many drawbacks. First and foremost, fiddling with Council Tax raises relatively little money; the existing 2% precept is thought to have brought in £383 million this year, which is significantly less than the cost of implementing the new National Living Wage within the social care sector. It could also be considered a rather blunt and regressive policy measure, partly because of the flaws in the Council Tax system. Cheaper properties belonging to poorer households pay a larger share of their property’s value in Council Tax than the richest households do, making it socially regressive, while in aggregate it raises more money from wealthier areas than poorer ones, potentially creating a mismatch between the areas where extra money will be raised and the ones where there is more demand for state-funded care.

In short, if this is the best answer the government can come up with to the social care crisis then it seems very unlikely that it will make the problem go away.