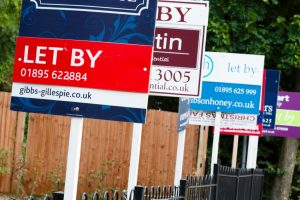 Over 250,000 people are homeless in England, according to a new estimate by the housing charity Shelter which was calculated for their 2016 “Green Book”, a sequel to the original investigation into homelessness in 1966 which led to the charity’s launch. Their work paints a depressing picture of the extent to which homelessness remains a severe problem in contemporary society, despite five decades of action to address it, and argues that rising levels of homelessness are being driven by the failure of Britain’s housing market to provide decent, affordable housing for enough members of society.

The figure of 250,000 is higher than official estimates of homelessness because it was based on a methodology that attempted to captured the extent of homelessness in all its multi-faceted dimensions. This involved bringing together existing data from several different sources which each measured the number of people who fell into different categories of homelessness.

Shelter’s report used the legal definition of homelessness, which according to the report “can be summarised as people having no accommodation available to themselves (and those who normally live with them) to legally occupy. People are also defined as homeless if their current living conditions are so harmful (because of hazards or severe overcrowding) that it would be unreasonable for them to continue to occupy their current accommodation.”

The fact that such a complicated methodology was required to produce such an estimate highlights the point that homelessness is difficult to measure, partly because so much administrative data these days is tied to having possession of a physical address, without which people easily become invisible to the authorities, while there may also be an element of society preferring not to know how many people are homeless if it doesn’t have to.

In addition to estimating the number of people affected by homelessness (which the charity expects is an under-estimate, as they have mainly focussed on counting families with children above other groups), the Green Book then goes on to analyse which groups are disproportionately affected by homelessness and the mechanisms within society which push people towards being homeless.

One of the points which Shelter’s analysis strongly emphasises is that young people are now disproportionately affected by homelessness compared to other age groups. According to their estimates, one in four people who become officially homeless are under the age of 45. However, they suspect that this is likely to be an underestimate because young people are less likely than their older counterparts to have dependent children or suffer from a pre-existing health condition, which means they wouldn’t be considered to be a priority for assistance.

Shelter also undertook some further analysis as part of their Green Book which suggests that young people are falling prey to distinctly modern forms of homelessness: “survey data suggests that one in five 16-25 year olds have sofa surfed in the last year, almost half for more than a month. One in ten had stayed in emergency accommodation, and almost one in three had slept rough, including one in four for more than one night.”

A number of factors are responsible for the rising level of homelessness, but the report particularly focuses on the same structural flaws in Britain’s housing market which have been highlighted by many other analyses: unaffordable rents and house prices, combined with shortages of supply. The report underlines the fact that we must address these structural problems if we want to get homelessness under control, but so far solutions to them have proved elusive.