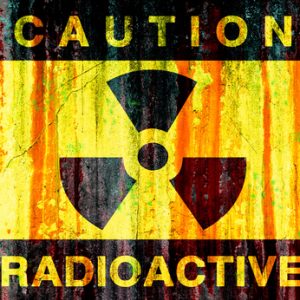 One area of government policy where the implications which today’s decisions will have for future generations are readily apparent is the UK’s strategy for managing its stockpile of nuclear waste. IF has made it clear in the past that we think the government’s strategy for dealing with the most dangerous type of nuclear waste (so-called “high-level waste,” which will be radioactive for thousands of years) – to entomb it underground in a Geological Disposal Facility – is unrealistic as it seems improbable that they will ever succeed in finding a practical location for building such a facility.

However, high-level waste is just one of several types of radioactive waste which is produced by Britain’s nuclear facilities. Although the potential dangers of high-level waste mean that it tends to attract the most attention, there is a far smaller amount of it (in terms of volume) than there is of “low-level waste”, the least dangerous category. The government has recently published a new discussion paper in which it outlines its strategy for dealing with low-level waste, which would have significant implications for decades to come if it gets implemented.

What is low level waste?

Low level waste includes the large quantitates of contaminated rubble, concrete, brick and soil which needs to be removed from nuclear facilities during the final stages of decommissioning. Currently, this process is overseen by the Office for Nuclear Regulation (ONR), who send this waste to the UK’s only low level waste facility in Cumbria. However, this facility is almost full, yet a wave of ageing nuclear power plants are due to be decommissioned during the 2020s which will generate a large amount of low level waste, so a new solution needs to be found.

What is the government’s new proposal?

The government is proposing to change the Nuclear Installations Act 1965 so that decommissioning low level waste will no longer be handled by the ONR. Instead, they want it to be dealt with as a health and safety issue by the Health and Safety Executive, on the grounds that this would be more efficient.

The biggest impact this change would have would be that low level waste would stop being processed at a dedicated facility, and would instead be handled on-site at the facilities where it originated. The government argues that this would be cheaper than the current system and would result in less waste being transported around the country.

What do nuclear experts think?

The proposed change has proved divisive, with experts in nuclear energy being for and against. The Guardian captured these differences of opinion: on the one hand, Malcoml Grinston, senior research fellow at Imperial College London, was in favour, arguing that “while we continue to treat radioactivity as if it was in a different category of hazards, we perpetuate this idea that radioactivity is more dangerous [than other hazardous material], which the science doesn’t back up…Even if people decided to eat this stuff or set up house and live as close as they could, there would be no detectable change in the cancer rate.”

However, Paul Dorfman, a nuclear expert at University College London, was far less reassured: “It’s another example of how much of the stuff we have and we don’t really know what we’re going to do with it, we’re just leaving it [the LLW]. It’s an appalling choice…The notion of the acceptability about LLW being just low level: you can say low, but this stuff is dangerous. You don’t want this stuff near you.”

The nuclear waste from the UK’s existing installations cannot be wished out of existence, so something will have to be done about it. However, the fact that there is so little agreement about how to treat even the least dangerous type of waste produced by nuclear energy seems to be another good argument against creating any more of it by building a new generation of nuclear reactors.