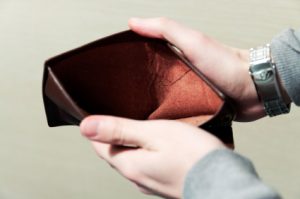 Part 1 of this blog looked at some of the most important points which arose during the 2016 Autumn Statement from the perspective of intergenerational fairness. However, it also contained the observation that a number of important areas of policy were neglected, as the Chancellor chose not to announce any new policy measures aimed at addressing them. Some of the most important things that weren’t in Phillip Hammond’s 2016 Autumn Statement will be looked at in more detail in this blog.

The single biggest issue which the Chancellor’s Autumn Statement did little to directly address was the squeeze in working-age living standards which is taking place, particularly for workers who are in their 20s.

Shortly after the Autumn Statement was announced, the Institute for Fiscal Studies published its forecast of changes in wages and living standards which will take place between now and the end of the current parliament in 2020/21. This revealed the striking finding that the average British worker will be earning less in real terms at that point than they were back in 2008. In real terms (i.e. once inflation is taken into account), wages are expected to grow by just 1% per year over the next five years. The IFS’s analysis showed that lower-income families have been worst-affected by the squeeze on living standards, and that there has also been a sharp divide between different age groups: looking at the changes in real wages that have already taken place between 2007 and 2014, those of people who were in their 20s fell by 7% on average, whereas they actually rose by 11% for the average household that was over 60.

Paul Johnson, head of the IFS, emphasized how dramatic this fall in real wages was in the context of Britain’s recent history:

“On these projections real wages will, remarkably, still be below their 2008 levels in 2021…One cannot stress enough how dreadful that is – more than a decade without real earnings growth. We have certainly not seen a period remotely like it in the last 70 years.”

Further analysis of the Chancellor’s plans by both the IFS and the Resolution Foundation suggested that they would do almost nothing to help people who are currently on low incomes, as they contain regressive measures such as the freeze on working age benefits. Meanwhile, one of the Autumn Statement’s flagship policies that was supposed to help people on low incomes – another increase in the income tax personal allowance – is of little benefit to very low earners.

Overall, the decision to prioritise long-term infrastructure investment above initiatives which could help households struggling on low incomes today may benefit young people in the long run, but is unlikely to help those who are at the greatest risk of being left behind.

The other big area that the Chancellor did nothing to address in the Autumn Statement was the social care system, which is widely believed to be facing a financial crisis because of rising demand from frail elderly people and falling government spending.

Jointly, the leaders of the Labour, Conservative, Liberal Democrat and independent groups within the Local Government Association published a letter in The Observer last week which warned that:

“the quality and safety of care of our elderly is at risk and the vulnerable will increasingly struggle to receive the help they need to meet basic needs such as washing, dressing or getting out of bed…The social care crisis is real and it is happening right now. The government cannot ignore it any longer if we are to truly have a society that works for everyone.”