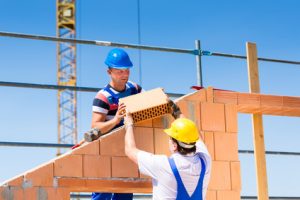 The most memorable announcement from the 2016 Autumn Statement, the UK’s first “fiscal event” (as they are known in the trade) since the UK voted for Brexit last June, may well have been Chancellor Phillip Hammond’s decision to make it the final one before he switches to delivering the full Budget speech in Autumn from next year.

Yet the Autumn Statement did include a number of important policies (and, equally, several significant absences). What did they mean from the point of view of intergenerational fairness?

The feature of the Chancellor’s speech which received the most attention immediately after the budget was actually the one that he had the least direct control over; his announcement of the latest fiscal forecasts for the British economy that were prepared by the independent Office for Budget Responsibility (OBR).

The key points from their November 2016 Economic and Fiscal Outlook which drew so much attention were that, in the wake of the economic uncertainty generated by the Brexit vote, their expectations for GDP growth have been revised down (from 2.2% in 2017 to 1.4%) and their forecast for Britain’s borrowing level has been revised up. Whereas both the Treasury and the OBR expected the UK to be running a budget surplus by the end of the current parliament, the OBR now expects the UK to still have a deficit worth almost £21 billion in 2020/21.

The centrepiece of the economic policies which the Chancellor announced during his speech was his decision to create a new National Productivity Investment Fund (NPIF), which will “invest an average of around £5 billion a year between 2017/18 and 2021/22…targeted at transport, digital communications, research and development and housing.” The OBR forecast makes it clear that this policy is the most significant reason why the UK is no longer expected to have eliminated its deficit by 2020/21; in effect, the Chancellor has signalled a clear change in direction from the economic policies of his predecessor, George Osborne, by choosing to prioritize investment over austerity.

But will this be beneficial for young people? In theory, young people should be the biggest beneficiaries of long-term investment in infrastructure which will boost the economy, but the devil is always in the details of how such policies are delivered. A relatively recent review of infrastructure investment in the UK that was undertaken by the Institute for Government sounded a few alarm bells when it warned that:

“Decisions about infrastructure involve long-term commitments. Poor investment decisions could lock the economy into inappropriate infrastructure systems for many years, with significantly harmful effects on future prosperity. Yet evidence has been accumulating of problems in the way the UK makes strategic infrastructure decisions. These include cases of short-sightedness and lack of forward-looking strategy; failure to secure cross-party agreement, translated into high political risk; serious weaknesses in the evidence base, even in the cases where there is cross-party support; and local community opposition, which often leads to political procrastination.”

The rest of the Autumn Statement largely amounted to a variety of fairly minor tweaks to the gamut of government policy, few of which will have a large impact on young people. Perhaps the most significant was the announcement that letting agents will no longer be allowed to charge fees directly to tenants, copying the example of policy which had already been implemented in Scotland. This was an important win for young people in the sense that it revealed a recognition on the part of senior politicians of the kind of problems that the Millennial generation is facing, but at the same time the opportunity to take bolder actions to address the housing crisis was largely missed (although it remains to be seen how much of the NPIF’s resources will be used to fund housing, and what forms it will take).