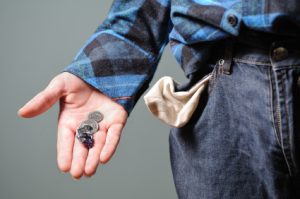 Britain’s housing crisis is primarily the consequence of falling real wages among young people who aspire to become first-time buyers, and not the inadequate supply of new housing, according to the results of the Redfern Review into the decline of homeownership.

The Redfern Review was commissioned by John Healy MP, Labour’s Shadow Secretary of State for Housing, to undertake the first major public inquiry into falling rates of homeownership in the UK since the Barker Review of Housing Supply in 2004. The Review was chaired by Pete Redfern, the chief executive of Taylor Wimpy, and was undertaken by a committee of housing experts who’ve been taking evidence over the past twelve months. It also commissioned some original research of its own, including polling the general public and engaging Oxford Economics to produce some economic modelling of the UK housing market.

The Review’s most eye-catching finding was that falls in the incomes of typical first-time buyers (whom they define as people aged 28 to 40) had a more significant impact on declining levels of homeownership than constraints in the supply of new housing. They found that between 2002 and 2014, the incomes of people in the younger age group fell by 10% relative to those of people who were over 40, severely weakening their buying power. The Review found that this was accompanied by tightening access to first-time buyer mortgages for people in the same age group, which was one of the other main drivers of falling homeownership.

This isn’t to say that supply constraints played no role at all, as the Review acknowledges that the biggest long-term cause of falling home ownership rates was rising house prices. However, the argument which the people who served on the Review make is that the level of supply only affects house prices at the national level over a very long timeframe; therefore, they argue that simply pledging to achieve a particular target for housebuilding is not the most effective means of addressing the housing crisis on its own. Their report argues that “even increasing home production to around 300,000 for one year would reduce prices by only c.0.6%, given recent rates of household formation. New household formation and supply have been broadly in balance over the last 20 years and therefore the significant increases in house prices over that period have not been driven primarily by supply constraints.”

The Redfern Review is therefore somewhat novel in the context of the UK’s recent debates surrounding housing policy for looking beyond supply-side measures to provide the long-term solutions to Britain’s housing crisis.

They call for the adoption of a long-term strategy for the housing market with cross-party support which would guide housing policy over a time horizon of at least 20 years. While it may sound rather optimistic to expect politicians to plan ahead over such a long timeframe, this idea would not be dissimilar to the way that development plans are created by local authorities across the country, which have to include a strategy for housing development in their areas over the next 10 to 15 years. However, the Review also advocated that this approach will need to be combined with a range of macroeconomic policies which are aimed at increasing the purchasing power of young would-be first-time buyers, which will be intended to make it easier for them to earn more, save more (such as the Lifetime ISA, or LISA), and access mortgages more easily.

Reading the Review’s report, it’s impossible to escape the feeling that an analysis which is so heavily influenced by analysts from the housing development industry would want to draw attention away from the issue of housing supply. Nevertheless, the Redfern Review is useful for widening the debate about housing, and showing how intrinsically related housing is to so many other areas of government policy.