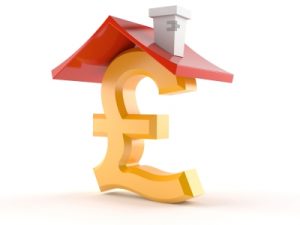 The government still has “a long way to go” to achieve its target for selling-off surplus public sector land in order to build new housing, according to a recent report from the House of Commons public accounts select committee.

One of the main planks of government policy to address the housing crisis over recent years has been a commitment to sell-off surplus public sector land in order to build new housing. Back in 2011, the Coalition government originally made a formal pledge to “release enough public land to build as many as 100,000 new, much-needed, homes and support as many as 25,000 jobs by 2015”.

Then, in the 2014 Autumn Statement, they followed this up by announcing they had an “increased ambition for public sector land and [were committed] to releasing enough land for up to 150,000 homes between 2015 and 2020.” The government have even made it easy for ordinary members of the public to get involved in identifying surplus sites by setting up a new web-based services which enables them to search for public sector land and buildings in a particular area and contest whether they are being used as efficiently as possible.

However, it has been clear for some time that the implementation of this policy has not run smoothly. Last September, the first investigation into public sector land disposals that was undertaken by the public accounts committee reached a number of damning conclusions about the way in which the policy was being executed, pointing out that it was impossible for the government to actually tell whether new homes were being built on any of the land that had been sold off because of inadequate record-keeping

In early November, the select committee followed up on their first report by publishing a second one, which concluded that although some progress has been made since last year, overall it is insufficient in relation to the ambitious target which the government has set for this policy to achieve.

The report identifies two main areas where some progress has been achieved since the committee’s first report. Firstly, DCLG (which has overall responsibility for implementing the policy) has put in place guidance and monitoring arrangements for the 2015–2020 targets (although it has yet to publish these) and made clearer other departments’ roles and responsibilities. Individual departments have been set their own target contributions, with some of the departments which are the largest landowners being asked to do the most. These are the Ministry of Defence (which is expected to release land with capacity for 55,000 homes), the Department for Transport (38,000), the Department for Communities and Local Government itself (36,000) and the Department of Health (26,000).

Secondly, DCLG has now agreed to monitor the number of homes actually built (as one of the major hurdles facing this scheme is that the actual building of new homes is largely beyond the government’s control once an individual pieces of land has been sold to a private sector developer).

However, the report also identified a number of weaknesses in the programme which they argue still need to be addressed. In particular, none of the departments listed above has yet achieved anywhere approaching its target level of land sales; many of the potential sites which have been identified are either still being used to deliver public services or have significant risks associated with them, and although DCLG now has a monitoring and reporting service for the scheme which is in operation, how it actually works remains opaque.

“Sluggish sales have hindered progress towards the 2020 target while questions continue to hang over the potential of many sights earmarked for sale and whether homes will be in the places people want to live. Ultimately the public will judge the success of this programme on the basis of the homes built and the Government must make clear who taxpayers should hold to account for this. Meanwhile our Committee will continue to take a close interest in the programme as it moves forward.”