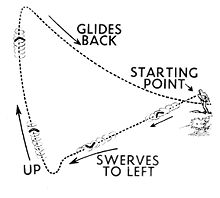 The number of young adults who still live with their parents has continued rising, according to the latest data on Families and households in the UK from the Office for National Statistics (ONS).

The data, which is part of a larger dataset that provides a wealth of information on the domestic circumstances of British families, show that the proportion of young adults aged 20 to 34 who are still living with their parents has risen from 21% in 1996 to 25% (1 in 4) in 2016. This amounts to a rise of around 600,000 people in absolute terms.

Interestingly, the share of young adults who are aged between 15 and 34 (a slightly wider age group) that are still living with their parents has been falling for the past few years, which may because of the continuing increases in the number of young people who go on to higher education (young people are no longer counted as living with their parents if they are living away at university during term times).

Interestingly, the methodology behind these figures is important, because it contains a wrinkle which could mean the number of young adults who are still living with their parents is being under-counted. In their notes accompanying the release, the ONS says that:

“Once a person either lives with a partner or has a child, they are considered to have formed their own family and are no longer counted as being part of their parents’ family even if they still live in the same household. Therefore, such people are deemed to be not living with their parents here.”

This means that these statistics fail to capture what are known as “concealed families”, which the ONS defined in a different data release as “a family living in a multi-family household, in addition to the primary family.” Using data from the 2011 Census, the ONS estimated that there were around 289,000 concealed families in England and Wales, 44% of whom were young couples who were living with one of their sets of parents, and 37% of whom were lone parents (the remainder were elderly parents who lived in homes belonging to their grown-up children). Given that the 2011 Census is now half a decade out of date, you would expect the number of concealed families to have risen since then alongside rising house prices, as the ONS identified declining housing affordability as the main reason for the 70% increase in concealed families which took place between 2001 and 2011.

The ONS has also previously produced a more detailed analysis looking at the increase in the number of young adults living with their parents, which strongly suggested that economic factors – especially the housing crisis – were to blame.

This showed that the percentage of young adult householders owning their home decreased from 55% in 1996 to 30% in 2015 for 25 to 29 year olds; and from 68% to 46% for 30 to 34 year olds. Meanwhile, the percentage of the purchase prices which the typical first-time buyer needed to find as a deposit before they could own their own home has risen from around 10% twenty years ago to roughly double that amount today.

Economic changes often precipitate cultural ones, and for better or worse, the UK appears to be moving towards much of a so-called “Mediterranean” style of family life where multi-generational households are the norm. Whether this is what either the young adults – or their parents – really want is an important question we have to face.