Angus Hanton, co-founder of IF, contributes to our “think-piece” thread with thoughts about the consequences of an ever-quickening pace of change 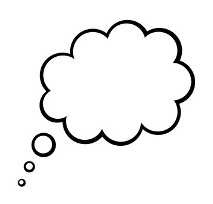 Between about 1920 and 1960 not much changed in our everyday life. Even though there was the Great Depression and a world war, the practicalities of the office and home remained very much the same: if during that period you had dropped off to sleep in your office chair like Rip Van Winkle and woken up 10 years later, you would have not seen much change in the equipment in the office or the way the office worked.

However, in the subsequent period from 1960 to 1985 things really did begin to change, but it happened in spurts – for example, the desktop computer and the fax came in. But change was manageable: companies would come across a new technology that could help them and they would plan to introduce it, execute the change and then carry on broadly as before, looking out for any new phase of change.

From 1985 to about 2000 the rate of change increased: the computer started to get onto virtually every desk and new working patterns and new practices became a constant feature of office life.

But things were about to get a whole lot faster.

The widespread use of the internet from about 2000 onwards meant that office life moved from being about regular changes to being about change itself. Initially computers started to come in more forms, with smarter phones and more laptops and tablets, but then these devices started talking to each other and soon they were using new apps that were themselves in a state of constant change.

More recently this has included different channels for communicating between people at work or in their leisure time – though the increase in social media has blurred even the distinction between work time and leisure time and the whole idea of “place of work” has become an old-fashioned one. So change affects more areas, and the rate of change is itself increasing.

In such a vortex of change young people are at both an advantage and a disadvantage: it’s easier for them because they expect constant change and they know that there are no “old certainties” any more. They also have the advantage that they are usually quicker than older colleagues to adapt to new ways of working – tricks they have learnt on social media soon become techniques they seamlessly find themselves using at work.

But they are at profound disadvantages too: their jobs are often less secure, their work pattern is often less stable and there is a real risk of their job being taken over by machines.

Financially they are typically worse off then their older colleagues would have been at the same age. In particular, younger workers are less likely to have adequate pension arrangements or adequate housing, and they may be in a company whose future is less certain.

“Stop the world, I want to get off” is an understandable sentiment for younger people facing the rapid increase in the rate of change. The very uncertainty about the future may encourage short-term thinking, with some young people saying, “I’m not saving for a pension because things are changing so fast that I can’t really think about the future.” Another reaction is for younger people to retreat into the virtual world for their social life and resist facing the conventional world. These responses, while understandable, allow intergenerational inequalities to grow.

Rather than blame younger people for their own financial predicament, we should accept that these changes have made their working lives precarious, and we need to find ways to give them a fairer deal in pensions, employment and housing – which would be the sort of change that everyone should welcome.