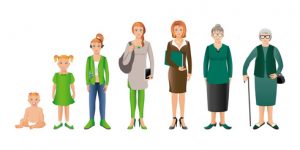 One of the most significant legacies of the Conservative-Liberal Democrat coalition government was the 2014 Pensions Act, which set out the future course of increases in the UK’s State Pension age. It laid down a detailed timetable of phased increases in the State Pension age – which should see it reach 67 for all pensioners by the year 2028 – and established a mechanism of holding regular independent reviews chaired by experts which would inform the process of legislating for further increases in future years.

The first review to be carried out under the 2014 Act, chaired by John Cridland, has recently published its interim report and launched a public consultation which people with evidence to contribute have been invited to respond to. This blog is the first of two which will take an in-depth look at the Cridland Review; the first part will assess the views expressed so far in the interim report, while the second part will pose some of the big issues and challenges we want it to address.

The interim report sets out the terms of reference which the government has invited John Cridland to explore in his review. The most important feature is that the government is only allowing him to examine issues arising post-2028, beyond the time period which has already been legislated for, which means that no revisions to the existing timetable are on the cards.

The interim report is interesting because it presents two somewhat different ways of characterising the issues which the Cridland Review has to examine. Firstly, it discusses increases in the State Pension age in relation to the effects they will have on different generations of pensioners, who it defines as: Baby Boomers (born 1945–65), Generation X (born 1966–1979) and Generation Y (born 1980–2000). Although the Cridland Review doesn’t specifically state an upper limit to the time period beyond 2028 which it intends to cover, the inclusion of the latter group – whose youngest members won’t even reach the current State Pension age until the 2060s – suggests it is likely to look very far into the future.

Secondly, the interim report sets out the three sets of issues which the government, in its terms of reference, has told the Cridland Review it must address. These are Affordability, Fairness and Fuller Working Lives. Each of these three subjects is defined in a particular way, as explained below:

Affordability is considered in relation to both changes in the dependency ratio – the number of pensioners in relation to the size of the working-age population (projected to increase over time from 305 pensioners for every thousand working-age people today to 357 per thousand working-age people by 2050) – and the share of GDP which spending on pensioner benefits accounts for (which the OBR forecasts to increase to 7.6% of GDP in 2044/5). Affordability will also have to be considered in relation to other aspects of government pension policy, such as how pensions are linked to inflation.

It is also part of the Cridland Review’s remit to consider how future increases in the State Pension age will affect people’s participation in the labour market as they get older; while 1.2 million over-65s are currently employed in the labour market, the government is concerned that too many people end up dropping out prematurely, especially because of ill-health or disability. Achieving higher levels of labour market participation among older workers remains an important aim of government policy.

In addition, the Cridland Review has decided to specifically address the problems facing a number of groups within society who on average have difficulty acquiring sufficient private pension wealth to support them in retirement: carers, people with disabilities, the self-employed, ethnic minorities and women are the groups they have chosen to focus on.

Finally, the interim report explains that it will look at how government policy can “smooth the transition” between work and retirement most effectively; it mentions that people are changing from “the old model of a fixed retirement age leading to a defined period of retirement to a more flexible approach where people may wish to work part-time or change career in later life.”

The Cridland Review has clearly been instructed by government to frame the issue of raising the State Pension age in a particular way which emphasises examining a certain set of issues; Part 2 of this blog will look at the big questions which these raise, and consider what they might be leaving out.