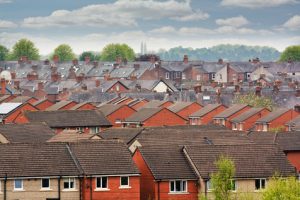 More than four in ten people in Britain (43%) live in homes which fail to satisfy the general public’s view of adequate housing, according to a landmark project which has just been launched by the housing charity Shelter. Shelter’s “Living Homes Standard” represents a new way of attempting to galvanise political action on the housing crisis, by measuring what the public thinks constitutes adequate housing and measuring how many families in Britain have access to it.

The genesis of Shelter’s Living Homes Standard was the level of success that the Living Wage Foundation has managed to achieve in shifting the debate around in-work poverty and living standards for people on low incomes.

Perhaps following the advice of the management guru Peter Drucker that the first step towards solving a problem is to find a way of measuring it, the Living Wage Foundation developed a robust way of calculating how much money a typical working family would need to achieve an acceptable standard of living – the “Living Wage” (currently £8.25 an hour), which they could then pressure large employers into paying their staff. In large part, this strategy seems to have succeeded because it turned a complicated problem into a simple metric which most people can understand very easily.

Inadequate housing is another complex social problem, like low wages, which many people are concerned about but where it’s often peculiarly difficult to locate a single “killer statistic” which is capable of instantly communicating the problem to outsiders. There are more than enough bits and pieces of data available about housing which an expert can weave together into an explanatory narrative of what has gone wrong, but there is no one single source of evidence which really underscores the scale of the problem on its own. Tellingly, the ONS have recently released a new set of “Housing Summary Measures” which consists of 15 different statistical indicators related to housing, each of which could be used to frame the housing crisis in a slightly different way.

To a large extent, this is because the housing crisis features a number of a subtly different though related problems which are affecting different groups: not just Britain’s failure to build enough new properties, but also the rising unaffordability this has engendered for would-be homeowners, the declining supply of accommodation for social renters in most parts of the country, and the poor standard of damp and unsafe properties which blight too many neighbourhoods. The finite reservoir of political and media attention which could be brought to bear on housing can easily be pulled in too many different directions at once for real changes to occur.

Shelter’s goal was to change the terms of the debate in a similar way to the strategy used by the Living Wage Foundation, by producing a single statistical metric which could measure the adequacy (or not) of housing in 21st century Britain. As housing is highly subjective, they decided to do this by asking the public – through focus groups and interviews – how they would prioritise the characteristics of “good” housing.

The results of this exercise showed that the public is most concerned about five things (in order): affordability, decent conditions, stability, living space and the quality of the neighbourhood. The standard works by providing a definition of each of these criteria which arose during Shelter’s consultation with the general public, and then provides a number of objectives which a home must satisfy in order to meet each criterion.

For example, in relation to the top criterion, affordability, the dominant interpretation of affordability which arose following this exercise was that it meant the people living in a home didn’t have to go without essentials such as food or heating because of their housing costs. Therefore, in order to satisfy this element of the Living Home Standard, a home must cost an amount which its occupants can afford to pay without having to either (a) regularly restrict their participation in social activities, or (b) regularly not have enough money to deal with unexpected costs.

Having worked out what criteria the Living Homes Standard should contain and then worked out ways of assessing whether a home meets them, Shelter then assessed Britain’s current housing situation against the Standard to see how it looked. The results will be explained in Part 2 of this blog…