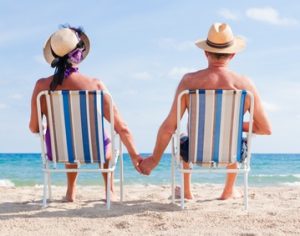 As IF has said many times in our work on pensions, debt and the welfare state, the UK has a problem: a combination of rising longevity and the sheer size of the post-war birth cohort which is now reaching retirement is placing the intergenerational social contract under severe strain.

Our welfare state relies upon each successive generation of workers paying for the benefits which serve the previous generation when they are in retirement, in return for a promise that the next generation will do the same for them when they retire. Rising longevity has made the promises that were made to the generation which is just entering retirement now much more expensive than people thought they would be years ago; Paul Johnson argues that as this generation is also the wealthiest generation of pensioners in history – and that, in a remarkable turn of events, the median income among retired households has been higher than that among working-age ones since 2011 – there is a case for not honouring the promises that have been made to wealthier pensioners in full, given that the cost of doing so would fall largely on today’s poorer generation of workers.

Of course, any suggestion of breaking these promises is fraught with controversy. Firstly, the moral objection that people who’ve made their contributions to the system are entitled to receive what they expected exerts a strong emotional appeal. Secondly, there are legal objections concerning whether the government has the power to alter any of these promises.

The counter-argument which Paul Johnson makes to the first of these objections is that maintaining the status quo would be even more unfair than breaking some of these promises. Echoing an argument which IF has made many times in the past, he emphasises that British society is currently heading towards a situation where the only people who can afford to own a large house or enjoy a comfortable retirement will be those who came from wealthy backgrounds in the first place; against this background, breaking some of these pension promises could actually be a fairer outcome than maintaining them.

When it comes to the legal objections, he argues that previous governments have already reneged on some of their promises, showing that they do have the power to do so. The two best examples of this were the decision, taken at the beginning of the 1980s, to index the basic state pension in line with prices instead of earnings (which over the long term has produced a drastic fall in the value of the state pension compared to what the people affected would have originally expected to receive), and the gradual increases in the state pension age which have been phased in over recent years.

The conclusion which Paul Johnson arrives at is a profound one: all government policy-making must be both sufficiently flexible to respond to changing circumstances and stable enough to give people the certainty they need to support long-term decisions such as saving for their retirements. When it comes to breaking promises, he argues that it can be justified if the full consequences of maintaining them look undesirable, but such changes should always be relatively modest in scope and be implemented gradually so that people have sufficient time to prepare for them.

In many ways, policies such as the gradual increases in the state pension age which are currently being implemented sound like exactly what he’s advocating. But are relatively modest policies, which will take years to reach fruition, sufficient to meet the challenge of healing today’s intergenerational divide? And would any more radical options be either desirable or feasible? These are the big questions that still await answers.