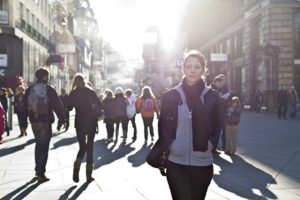 Members of the millennial generation who are currently in their early 30s have only half the typical net household wealth that the cohort which is ten years older than them had at the same stage in life, according to an important new piece of research by the Institute for Fiscal Studies (IFS).

The IFS report, which is entitled The Economic Circumstances of Different Generations: The Latest Picture, builds on a previous piece of research that looked at the economic position of the cohorts who were born in the 1960s and 1970s (who are currently in their 40s and 50s). That report produced a series of gloomy findings about the economic circumstances of those birth cohorts; in the authors’ words, “compared with those born 10 years earlier at the same age, those born in the 1960s and 1970s have no higher take-home incomes; have saved no more of their previous take-home income; are less likely to own a home; probably have lower private pension wealth relative to their earnings; and will tend to find that their state pensions replace a smaller proportion of previous earnings.” Almost the only bright spot they detected was that the luckier members of these generations could look forward to inheriting quite substantial amounts of wealth from their parents – although the negative implications this has for social mobility are obvious.

The findings from the IFS’s new report show that these trends have continued to get worse for the next generation, those born in the early 1980s who are currently in their late 20s and early 30s (they are referred to as “millennials” because they reached adulthood at around the millennium year of 2000). Remarkably, this group are the first post-war birth cohort who haven’t enjoyed higher earnings in real terms compared to their predecessors when they were at the same stage in life, a development the IFS puts down to the overall stagnation of working-age incomes which has affected all age cohorts and the fact that the Great Recession hit the pay and employment of young adults harder than it did anyone else.

However, earnings are only one part of the picture. The most dramatic finding from this piece of research is that the early 1980s cohort has accumulated only half as much asset wealth, on average, as their predecessor cohort had when they were at the same stage in life. This is because they have been hit by a double-whammy: not only have they suffered from lower wages, but the two main types of assets which people accumulate during their lives, housing and pensions, have both become much less affordable over the last couple of decades.

Britain’s housing crisis is well known, and as IF has emphasised many times in our previous work, it’s predominantly today’s younger generation who are worst-affected by it. The IFS echoed this analysis, showing that at the age of 30 only 40% of those born in the early 1980s were owner-occupiers, compared to at least 55% of the 1940s, 1950s, 1960s and 1970s cohorts.

The high housing costs faced by Generation Rent mean there is even less left over for them to save towards a pension. The closure of the more generous defined benefit (DB) pension schemes outside the public sector has made saving for a decent pension vastly more expensive than it was previously, compounding the generational divide. The IFS found that less than 10% of private sector employees born in the early 1980s were active members of a DB scheme, compared to more than 15% of those born in the 1970s and nearly 40% of those born in the 1960s.

This important study is a valuable contribution to the debate about intergenerational fairness, as it throws into alarmingly stark relief the consequences of the generational divide in wages, housing and pensions that is affecting contemporary Britain.

Moreover, it underlines quite how fortunate the members of this benighted generation who can expect to receive generous inheritances from their parents are in comparison to their peers – and shows that, unless we narrow these sharp inequalities, they threaten to drive the different groups within British society ever further apart.