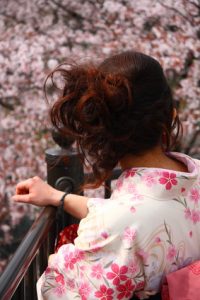 As anyone with an interest in demographics knows, the human race is currently entering uncharted territory. The global population is ageing: it is projected that, by 2050, there will be 1.5 billion people aged over 65 in the world, who will account for over 1 in 6 of humanity (triple the number in 2010). According to the statistician Hans Rosling, the world has already witnessed “peak child” as the average number of babies the typical woman will have in her lifetime has fallen by half over the past 50 years.

No country illustrates these trends more starkly than Japan, the world’s most rapidly-ageing country. Its very unusual demographic situation was the subject of a recent BBC Radio 4 documentary Shrinking Population: How Japan Fell Out of Love with Love, which investigated why so many of today’s youthful Japanese men and women have chosen not to form stable relationships and have children.

Currently, over 1 in 4 Japanese citizens are above 65, and the country’s population is projected to shrink from 127 million to 90 million during the next 40 years. This is unprecedented: in the past, human populations have generally only suffered falls on this scale during periods of war, outbreaks of disease or other major disasters. The phenomenon affecting Japan is fundamentally different because it appears to be a consequence of people simply choosing not to reproduce en masse.

Several particular features of Japanese society have been blamed for discouraging young people from having children. Japanese culture is exceptionally conformist: the programme mentions a popular Japanese proverb that says “the nail that sticks out gets hammered down”, i.e. too much individuality will cause you problems. One of the consequences of this is that Japan has possibly the world’s lowest rate of births outside marriage, which only account for about 2% of the total. It remains completely taboo for young Japanese to have children without first getting married.

What makes this especially problematic, particularly for Japanese women, is that it remains very difficult for married women to combine having children with pursuing a successful career. Japan has one of the best-educated female populations in the world, but according to the OECD, barely 50% of Japanese women currently participate in the labour force, and 70% of them stop working for at least 10 years after they have their first child (compared with just 30% in America). In turn, this places a greater burden on Japanese “Salarymen” (an expression describing a corporate white-collar worker which is often used synonymously to describe a married man), whose success is judged on their ability to support financially a family single-handedly by working long hours.

The BBC documentary team went in search of young Japanese men and women living in Tokyo to ask why so many of them weren’t getting married, or even forming long-term relationships. The people who spoke to the programme described many of the trends referred to above; particularly among young men, a frequent complaint was that they weren’t going to get married because they couldn’t afford to.

One of the biggest problems currently facing young Japanese workers, especially men, is that becoming a “Salaryman” has become much harder. Slow economic growth over recent decades, combined with restrictive labour laws that make it very difficult for companies to let go of permanent staff, have fuelled a boom in part-time and temporary working among the younger generation. It appears that economics has conspired with social customs to create a situation in which, with stable full-time employment being out of reach for many young Japanese, so too are relationships, marriage and parenthood.

The documentary showed that public awareness of this phenomenon has reached such a level in Japan that male youngsters are even referred to by the derogatory nickname “Herbivore Men” – for their supposed lack of interest in women, wealth and sex.

It also displayed some of the ways in which the Japanese government, which is well aware of the country’s looming demographic crisis, is attempting to address it. As well as using policies which have been tried in other parts of the world, such as expanding access to childcare and making the tax system more favourable to dual-earner households, they have also attempted such unconventional ideas as government-organised speed-dating events.

What this documentary demonstrates very effectively is that, when you get beyond the statistics, Japan’s demographic crisis is rooted in the family and emotional lives of individual citizens. Solving it may well require Japanese culture to undergo some radical changes – but will such a conformist society be willing to accept them?