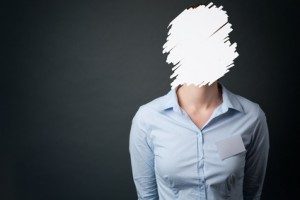 Young people in Britain are living in a “suspended adulthood”, according to a recent piece of research by the charity Young Women’s Trust. This highlights the damaging effect which barriers to success in their personal and professional lives are having on young adults’ mental health.

We are well aware from the work we do at IF that the current generation of young people are struggling economically in comparison to previous generations, particularly when it comes to progressing in well-paid, full-time careers and accumulating assets such as housing and pensions.

What this new piece of research helps to illuminate are the consequences that these big-picture trends are having on young peoples’ mental health. This is significant because the mental health of young adults is a notoriously under-researched area: only last year, an inquiry by the House of Commons Health Committee into children’s and adolescents’ mental health highlighted the fact that the most recent data on the incidence of mental health problems among young adults come from a one-off study which was undertaken over a decade ago.

There is clearly a need for more systematic investigation of the state of young adults’ mental health so that researchers can build up a clearer picture of how it is changing over time. Meanwhile, studies like this one by the Young Women’s Trust are a valuable resource for painting a snapshot of where things may be heading.

“Anxious, worn down and fearing for the future”

The results of the Young Women’s Trust’s study, which were gleaned from a survey of 4,000 18-30 year olds (both men and women), suggested that the economic problems facing this cohort are beginning to have a major impact on their mental health.

The majority of these problems stem from a lack of money, which in turn is fuelling a perception among this age group that their lives are “on hold” while they wait to be financially secure enough to achieve genuine adult independence. Among the sample group, 43% said that they still live at home and almost a quarter (24%) said this was because they couldn’t afford to live independently.

Being unable to afford housing means that the people in this generation who are under financial pressure are having to put off other adult responsibilities as well; for example, nearly half (48%) said they expect to delay having children compared to when they originally planned to because of not having enough money.

Launching the findings, Dr Caroline Easton, the chief executive of the Young Women’s Trust, emphasised the scale of the problem they had uncovered and set out her recommendations to government for how to address it:

“At a time of life traditionally characterised by youthful confidence and optimism, it is distressing that so many young people, especially young women, are struggling to make ends meet, and are increasingly worn down and worried about the future. Make no mistake about it, we’re talking about a generation of young people in crisis.

“It’s not in any of our interests to write off an entire generation. Much more needs to be done to improve young people’s prospects, including through creating a Minister for young people, extending the National Living Wage to under 25s, delivering on Government commitments to improve housing options for young people and tackling workplace discrimination. Our findings also show that there needs to be a particular focus on better understanding the needs of young women who are at real risk of being left behind.”