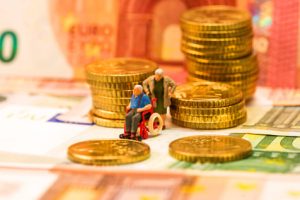 England’s adult social care system is enduring a financial crisis which has put older people, their families and the health system under increasing strain, according to a major new piece of research that has been published jointly by the healthcare think tanks The King’s Fund and the Nuffield Trust.

The report, Social care for older people: home truths, combines a review of national data on health and social care with interviews with local authorities, NHS and private providers, Healthwatch and other campaign groups, and older people who have experienced social care themselves, to build a realistic picture of the problems facing the system. This research is timely, having been produced against a backdrop of record levels of delays in discharging older patients from hospital, and only a year after the previous government had announced that its main policy for solving the social care crisis, the introduction of a “cap” on an individual’s private costs, would be delayed until at least 2020 (leading many experts to think it will never be implemented).

What the report found was that the social care system is struggling against a tide of demand from frail elderly people and a relentless series of cuts to local government finances. Local authority budgets for old-age social care have fallen for the last six consecutive years; the result has been that the number of adults receiving government-funded help with their social care needs has fallen by over a quarter (with no-one really knowing what those people who’ve lost their care packages have done to make up for them), while the overall gap between needs and resources within the system is set to reach at least £2.8 billion by 2019.

One of the most significant consequences of this retrenchment has been the strain it has placed on private care providers. With local authorities trying to economise by lowering the rates they pay for state-funded places in care homes, a growing number of providers have stopped accepting them. The report suggests that care home providers which are located in relatively affluent areas, where more people can afford to pay for their own places, are largely managing to cope, but there is a real danger that providers which are more reliant on state-funded places, particularly in poorer areas, will start going out of business in the near future.

The increasing difficulty with arranging care packages for frail elderly people has in turn piled more pressure on the NHS, its leaders have warned, as delays in organising transfers of care are now the single largest cause of delayed discharges within the NHS. With the NHS also under intense financial pressure, these problems cannot be allowed to carry on indefinitely.

How much should the state do?

The increasingly tight means- and needs-tests which are being applied to social care support means that the divide is growing ever wider between the level of state assistance which someone can expert with “medical” needs that are treated by the NHS, and “care” needs which are addressed by the social care system (the inverted commas being a way of signifying that how these are defined – and therefore who should pay – is often a bone of contention for patients and their families).

This is clearly a difficult debate for politicians to have with the public, but it seems extremely questionable that all of the medical treatment someone receives to help them recover from a period of medical illness, such as cancer, should automatically be free at the point of use, while if the same person develops care needs for the same length of time and they are not eligible for state support, it could end up costing them thousands. What makes this situation worse is that the changes which the report by the King’s Fund and Nuffield Trust chronicles have happened with virtually no public debate about what the proper level of state assistance with care needs should be, and how much of the job it is reasonable to leave up to individuals and families.

One of the recommendations in their report is that the government needs to make the policy framework for adult social care more explicit so that the public has a better idea of what to expect when they or someone they know develops care needs − which is a proposal that IF would wholeheartedly support.