As Labour MP Wes Streeting proposes 30 amendments to the Higher Education and Research Bill Committee, Neesha-Ann Longdon analyses what these changes could mean for students – and what students would like to see in the bill if it was their own 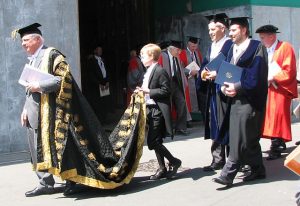 On 6 September, the first meeting of the Higher Education and Research Bill committee took place. Wes Streeting, MP for Ilford North and former president of the National Union of Students, was the only parliamentarian to submit amendments – and he asserts that it should be redrafted as a “bill of student rights”.

The essential aim of the bill is to introduce measures that will increase competition and choice within the UK’s high education sector, raise standards and strengthen capabilities in UK research and innovation. Ways proposed to achieve this include producing more universities and creating the Office for Students – a non-departmental public body with the task of ensuring universities comply with all the conditions of regulation. The bill has recently undergone its 7th and 8th sittings in the House of Commons committee debates and will begin the committee stage on 11 0ctober; it has yet to pass through the House of Lords.

Streeting stresses that, in the initial bill, students had been “left with precious few rights and guarantees on what they can expect from their higher education experience”. Therefore it was vital that this bill was altered to place a key focus on good university teaching.

His amendments include requiring universities to publish information on: expected student contact hours, the learning facilities available, assessment and marking practices, and the ratio of pay between the highest and lowest paid employees. Additionally, Streeting has also proposed that there should be student representations on associated governing bodies. This includes at least two students on the university’s own governing body, the Board of Quality Assurance Agency for Higher Education and the planned Office for Students.

What do these changes mean for students?

At IF, we acknowledge that there is a real necessity for a bill of student rights to protect students and their investment in their education.

Students are considerably vulnerable to changes in the terms and conditions of their student loan repayment. In 2012, students were confronted with the tuition fee increase from to £3,375 to up to £9,000 per year under the Coalition Government. More recently, not only are these fees set to surpass £9,000 to rise in line with inflation, but former Chancellor Osborne in 2015 also broke his promise to increase the repayment earnings threshold of £21,000 annually. Instead, he opted to freeze this threshold at £21,000 for five years. MoneySavingExpert has stressed that, for over two million graduates, this means an extra £306 more will be paid each year by 2020/21 if they earn over £21,000. In the past, students have reacted to such changes by holding protests: having student representatives on the board will at least give students the opportunity to put forward and debate their arguments on a formal platform before such changes take place.

Additionally, demanding universities to release information about their teaching practices and academic record will provide both current and prospective students with vital information on the quality of teaching. With students now paying record high fees, they deserve to feel satisfied with the quality of teaching they receive throughout their degree. Gaining access to indicators on teaching provisions (such as contact hours) will give prospective students in particular more insight into the structure of their desired degree to make better-informed decisions.

In regard to another issue raised by Streeting, it has been a shocking revelation to discover that vice-chancellors’ pay has risen approximately four times faster than the pay for the majority of academic staff. For students, this matters as we have been told that our higher tuition fees will contribute to improving the quality of university life – such as providing cash bursaries for students with low income backgrounds, improving the learning facilities and increasing student employability. How effective will such improvements truly be if a significant portion of money is going into the pockets of university bosses who have seen a 14% increase in their salaries over the last five years whereas their staff – at the forefront of good university teaching – have received only a meagre 5% in the same time period?

Streeting is therefore right to demand information on the pay ratios of university employees. By doing so, this is taking the first important steps into holding vice chancellors accountable for ensuring that funds are distributed fairly to improve university facilities and pay their staff justly.

What’s important to us as students?

So now I turn to you as students for your thoughts. Wes Streeting has boldly stood up in Parliament representing the voice of students, yet he can only effectively do so if he hears from you. This can be achieved in numerous ways, including writing letters or emails or reaching out on social media such as Twitter to voice our concerns. Moreover, it is not just Streeting who should be concerned with such issues. It is our responsibility to challenge other local MPs as to why they have remained silent on the issue of higher education. So what would you like to see in your own bill of Higher Education and Research?

Here are just some of the many issues that need to be brought to MPs’ attention:

A good starting point would be to address the issue of rising tuition fees. It seems unjust that students who enter university in one year, expecting to pay a constant yearly rate throughout the length of their degree, should be vulnerable to changes in the loan terms and conditions. Rather than waiting for this to be an issue brought up by student representatives within governing boards, why can’t we demand that the bill includes a clause that guarantees constant terms and conditions from the date the loan commences?

Additionally, we must consider the issues surrounding access to higher education for those from lower-income backgrounds. Currently, students from a lower-income background are six times less likely to go to the most selective universities compared to those from a high-income background. With the loss of maintenance grants – now replaced by maintenance loans – for poorer students, who will consequently require a larger loan, this can mean total debts of up to £53,000. It should not be beyond the means of the government to look into the reintroduction of maintenance grants or reducing fees for the poorest 40% of students in order to increase their access to higher education.

Another opportunity which has been identified by the higher education think tank Wonkhe is the possibility for greater funding flexibility for those who may be less suited to the traditional academic year. Nowadays, we are seeing more students entering university who may have to juggle other responsibilities along with their academic studies, such as paid work or caring responsibilities for young children or the elderly. For such students, alternative courses – such as those compressed into two years with teaching over the summer – may be more convenient, but may require the introduction of new forms of funding.

These are just some of the many possible amendments that could be included to address the concerns of many students.

Students have more opportunity than ever to have their say in the education system to ensure they receive value for their money. We welcome any discussion.

Image: “The Chancellor of the University of Oxford, Lord Patten, in procession at Encaenia, 2009″. By © Pruneau / Wikimedia Commons, CC BY-SA 3.0, https://commons.wikimedia.org/w/index.php?curid=7209886