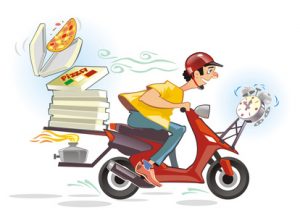 Last week Sports Direct announced a major overhaul of its employment practices. It declared that it was abolishing zero hours contracts for directly employed, casual staff and retail staff, and that it would offer them a minimum of 12 hours’ employment per week. Alongside this it was announced that they would make their in-work rules less stringent, following a damning internal report, and a comparison by MPs of their Shirebrook warehouse in Derbyshire to a Victorian workhouse. Perhaps this is a good opportunity to take stock of the state of zero hours contract employment in the UK.

Zero hours contracts have become a controversial topic in recent years, with arguments for and against them. Those who argue in favour of zero hours contracts insist that they provide greater flexibility to workers, who can choose when they want to work. It is especially appealing to students looking to earn some extra cash in their free time. Opponents respond by pointing out that those workers who are looking for a full-time job are left with no idea how many hours they are going to work in a week, and therefore what their income will be. These workers have rent to pay and often families to look after, and it is an uncertain existence for them.

The so-called “gig economy”, or sharing economy, made up of firms such as Uber and Deliveroo, has exploded onto the scene in recent years. PWC estimates that the amount of money generated by the sharing economy rose from £3.9 billion in 2014 to £7.4 billion last year. Workers for these companies, however, are seeing less of a benefit. Over the summer, strikes at both UberEats and Deliveroo have brought home just how poorly rewarded being a driver with one of these companies can be. At UberEats couriers claim that the company has cut wages from £20/hour during peak meal times to less than £10/hour, and often to below National Minimum Wage (let alone the Living Wage); some drivers claim they have finished a full day’s work with earnings of just £9. Deliveroo workers were fighting back against changes to their pay structure, from £7 per hour + £1 per delivery to £3.75 per delivery – which is particularly problematic if you are only getting called upon for one delivery in 4 hours.

How can firms get away with paying so little? The companies argue that workers are not employees of the companies, but rather are self-employed, with a contract directly with the consumer. They also claim that this is a good thing because what workers want above all else is flexibility. However, it also means that the companies do not have to provide any guaranteed hours, are not required to pay workers the National Minimum Wage, and are not required to provide any employment benefits. On top of receiving a minimal wage, Uber and Deliveroo drivers have to provide their own cars or bikes of a high quality.

At first glance it doesn’t necessarily appear unreasonable to classify such workers as self-employed. However, companies such as Uber set standards, determine pay, and can “deactivate” drivers if their ratings drop too low. Importantly, despite the claims from the company that these types of contracts offer flexibility to workers, workers at Deliveroo and Uber have to accept a job before they can see where they will be driving. If drivers accept a job and then decide that it is too far for them, it will be marked against them, which can lead to them losing their job. This limits the flexibility that gets hailed so often and weakens the argument that drivers are independently finding work with consumers, rather than being employed by the companies.

Thus it appears that the rise of the gig economy is leading to a rise in the number of workers with no employment rights who potentially earn below minimum wage. This is not good employment practice, and we should be trying to prevent this type of work from becoming the norm.

If it were only students looking for part time work, the arguments in favour of zero hours contracts would be stronger. However, 80% are not students, meaning many are trying to find a full time job that they can live off. One-third of those on zero hours contracts are looking for more hours. This means that whilst many are satisfied with their contracts, a significant minority are struggling.

So should we be celebrating the decision of Sports Direct to overhaul its employment practices? It may be a positive step by the company, but in reality it is only a small step. Only those employed by the company will be guaranteed the new rights, but just 400 of the firm’s Shirebrook warehouse employees are on a permanent contract, compared to 4,059 workers who are supplied by agency staff, and therefore will not benefit from the new rules.

The Office for National Statistics (ONS) released its latest figures on zero hours contracts on 8 September. It estimates that there are now 903,000 workers on such contracts, up 21% from last year (although it admits that at least some of that increase may be due to increased identification of zero hours contracts). This represents just 3% of all UK jobs, but it looks as though – without regulation for this kind of employment – the numbers will keep rising, as it is much cheaper for the companies using them. Earlier this summer the law firm Leigh Day argued on behalf of the GMB union against Uber in a London employment tribunal, saying that Uber had to do more for its drivers. The outcome of the tribunal is expected in October and could impact a huge number of workers – 30,000 Uber drivers operate in London alone.

The intergenerational issues here are profound. Not only do under-25s make up a disproportionately high percentage of those workers employed on zero hours contracts, but employment rights that have been hard fought for and won over centuries are at risk. We cannot allow companies to shirk their responsibility to pay minimum wage and provide other employment rights. There should be a system in place to defend workers, and to enforce minimum working standards that apply to all, so that the coming generations can feel secure that their working conditions will be protected and their rights not eroded.