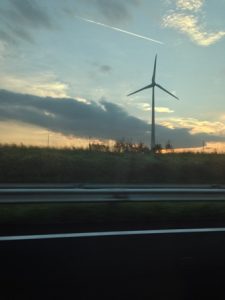 The UK will fail to achieve its legally-binding targets for the proportion of energy which should be being generated by renewable energy by 2020 if it continues along its current path, according to a recent warning from the House of Commons Energy and Climate Change select committee. Urgent reforms are needed, they have warned, if we want to place the UK on the long-term path towards decarbonisation which recent governments have committed us to.

The targets which the select committee addressed in their report originated with the EU’s Renewable Energy Directive, a set of commitments which all the governments of EU member states have signed up to. This prescribes the proportion of their national energy supply which needs to be generated from renewable sources by the year 2020, although this varies from country to country in a way which is meant to reflect each nation’s capacity to adopt renewables.

The UK’s target is to be generating 15% of its total energy supply from renewable sources by 2020. However, there are also sub-targets for different forms of energy consumption which must be achieved in addition to meeting the overall target. These are for renewables to be providing 30% of the electricity supply, 12% of energy used for heating and 10% of all the energy used for transport.

The problem the MPs have highlighted is that, although the UK is three-quarters of the way towards meeting the 30% electricity sub-target (which we are actually expected to exceed by 2020), the UK is still less than half way towards the other two targets for energy and transport. Given the length of time that it takes to deploy new technologies and develop infrastructure projects, time is clearly starting to run out.

The select committee’s report sets out a variety of things which they think need to happen in order to get the UK closer to reaching its targets.

With regard to increasing the supply of fuel used for transport which comes from renewable energy, they point out that a relatively simple tweak would be to increase the amount of energy which large vehicle operators are required to source from biofuels under a policy called the Renewable Transport Fuel Obligation Order. This is currently capped at just 4.75% of the energy they consume, which, the committee argues, is far too low to precipitate a large-scale change towards greater use being made of biofuels.

However, the majority of their criticism is reserved for the government’s current policy towards domestic heating, which, they argued, has actually proved counter-productive. The previous government adopted a policy of paying the owners of buildings to install electric heat pumps under a scheme called the Renewable Heat Incentive, which, the MPs argue, has promoted the use of this technology over better options that would have been more cost-effective. Similar criticisms were recently made of a scheme in a report by the think tank Policy Exchange, Too hot to handle, which contained an estimate that a full roll-out of electric heat pumps – so that they were used in the majority of households – could end up costing £300 billion. The MPs argue that incentivising greater use of more cost-effective technologies, especially biomass fuel generated from food waste, would get the UK closer to meeting its energy targets at a lower cost.

But aren’t we leaving the EU?

As these are EU targets, the MPs had to grapple with the question of whether the UK should still bother complying with them when we might no longer be in the EU by 2020. They argued that the targets are still important because the government has itself adopted its own, more substantial decarbonisation targets in domestic law, which need to be met within a longer time frame (by 2050). It seems inevitable that these will be harder to achieve unless we take advantage of the opportunity to begin laying the groundwork a long way in advance, which is why the 2020 targets are still important, even if Britain withdraws from the EU.