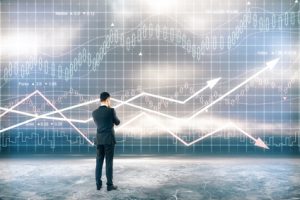 Interest rates are a redistributive mechanism. If interest rates rise, borrowers have to pay more, and savers earn more. If rates fall, borrowers don’t have to pay as much, but savers also earn less income. Following the Bank of England’s decision to cut interest rates from 0.5% to 0.25% last month, it is worth considering the intergenerational effects of this loosening of monetary policy.

The most obvious starting point is to ask which age groups are borrowers, and which age groups are savers. The answer is that the older generation are the most likely to have savings, and the younger and working generations are most likely to have debt. Does this mean that lowering interest rates is a boon for young people at the expense of pensioners? The answer to this is no, or at least not a clear-cut yes, for several reasons. The simple interest rate−saver−borrower equation is not as straightforward as it seems. If we take a closer look at how people save and borrow, we can see why this is the case.

The older generation and savings

There are two main reasons that older people are not being stung by the fall in interest rates by as much as might be expected, and that is because of the form that their savings take. If their savings were exclusively held in savings accounts (which of course for some people it will be), then they would be suffering. However, two major forms of saving for older people are housing and pensions. The value of housing in fact should benefit from lower interest rates, as low interest rates tend to push up asset prices. The older generation have been rewarded for rises in asset prices for many years, particularly benefiting from the big fall in interest rates to 0.5%, where they were held for around six years. Since then, those over 65 have claimed two-thirds of the £2.7tn increase in national wealth since 2009, which has largely been due to asset price rises.

Those savings in the form of pensions will also not be hit by the interest rate cut. The state pension, which people save up for through their national insurance contributions, is protected by the triple lock, and so will continue to rise regardless of the macroeconomic or financial market environment. For those currently in retirement or near retirement, workplace pensions overwhelmingly take the form of defined benefit pensions. Since the annual payout on this kind of pension is fixed by the worker’s final salary level, interest rates do not affect the size of the payouts.

Falling interest rates affect pensions in another way, however. The amount of money that needs to be put into pension funds (using contributions from employees and employers) is calculated based on a number of factors, including the number of workers, the amount the pension funds are paying out, and crucially, the discount rate, which is used to estimate investment returns. The lower the discount rate, the more assets the pension fund needs today. This is in order to generate sufficient expected returns to pay out the projected amount of benefits in the future. Since discount rates are often based on gilt yields (UK government debt), and gilt yields have fallen due to the interest rate cut, this means that the current working generation has to pay for this increasing deficit, whilst those already in retirement benefit from generous pensions no longer available to those currently working. The deficit of defined benefit pensions jumped £70bn in the wake of the decision to lower interest rates.

The younger generation and borrowings

If older savers are not faring so badly, maybe we should reconsider whether the young, who traditionally hold more debt, will benefit. The two biggest forms of debt are mortgage debt and, since the increase of university fees to £9000 (which is expected to rise further and well above inflation), student loans.

There can be no doubt that since interest rates were cut during the 2008 crisis, mortgage payments have declined significantly. According to data from Moneyfacts, the average standard variable rate was 7.19 per cent in March 2008. A year later this slipped down to 4.78 per cent, where it has been fairly static since. However, reports suggest that the most recent interest rate cut isn’t being fully passed onto mortgagors, perhaps because banks are struggling to cope with the low margins being forced on them by low interest rates. The FT claims that mortgage lenders have only sliced seven basis points off mortgage payments.

Moreover, the housing crisis means that fewer and fewer young people are taking out mortgages because house prices are simply too high. In 2004–5, 24% of those aged 25–34 lived in the private rented sector. By 2014–15 this had increased to 46%. Over the same period the proportion of 25–34 year olds buying a house with a mortgage decreased from 54% to 34%. This means that a much smaller proportion of young people will benefit from lower mortgage payments. Clearly the interest rate cut will still be beneficial to young and working people in this respect, but the number who will benefit will be significantly smaller, and the magnitude of that benefit is perhaps lower than it might ideally be.

The second big form of debt for young people is student loans. According to the Sutton Trust, a typical university student will leave university with more than £44,000 of debt. Interest rates for this debt are not linked to the Bank of England’s base rate, however. They are instead a sliding scale from RPI to RPI+3% depending on earnings. RPI is traditionally higher than CPI because it includes housing costs – so if the interest rate cut pushes house prices up further, interest rates on student debt could in fact be pushed upwards.

It is also worth noting that, although young people tend to be borrowers, it is important for them to be able to build up savings for their future. Savings accounts offer almost no interest, asset prices have rocketed since 2009, and defined benefit pensions are no longer available to young workers. All of this adds up to a very tricky situation for first-time savers, and does little to encourage or help them to build up enough savings for a deposit on a home, money for a rainy day, or a nest egg for the future.

Ultimately it is hard to say with certainty what the intergenerational impact of the interest rate cut will be. Within generations there are big differences in the amounts saved and borrowed, and what form those savings and borrowings take. What we can say with some confidence is that pension fund deficits are widening, which have to be funded by current and future workers. Beyond that, the intergenerational effect will largely be based on the effect the cut has on asset prices, and how well the cut is transmitted to mortgage interest rates, although this is unfortunately a benefit that will apply to fewer and fewer young people.