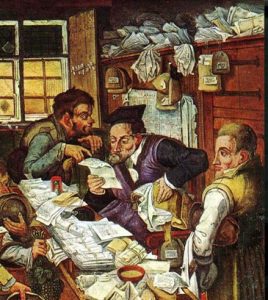 Owen Smith, the MP for Pontypridd who is currently challenging Jeremy Corbyn for leadership of the Labour Party, has recently announced that if he wins the contest then he will make it Labour’s official policy to replace the current system of funding higher education through government-backed student debt with an alternative which will be based on a 1-2% graduate tax.

IF is a politically neutral think tank and we have no interest in taking sides in the Labour leadership contest. However, as our mission is to research issues affecting today’s young people, we have made it clear many times that we are extremely concerned about the current English model of higher education funding. Therefore, it is worth asking whether Owen Smith’s proposal could be a viable alternative.

The first thing which should be pointed out is that Owen Smith’s proposal would not be as much of a dramatic change from what we currently have as it seems.

Although the current system is based on individuals taking on student debt to pay for tuition fees, the fact that graduates have to repay 9% of their earnings above the repayment threshold (currently set at £21,000) for a maximum of 30 years before any outstanding debts get written off, rather than their repayments being fixed sums of money, means it is much closer to a graduate tax than a traditional type of debt such as a mortgage.

Therefore, from the perspective of students, the key difference between the current system and Owen Smith’s idea is that they would have to repay 2% of their earnings above a repayment threshold of £15,000 (based on the few details he has revealed so far), compared to 9% of their earnings above £21,000 as they do now. Repayments would be collected by HMRC through the PAYE system, as they are now; the Labour leadership candidate has also suggested that this tax would only apply for the first 25 years of a graduate’s working life, so the repayment period would potentially be slightly shorter.

Viewed through the lens of social justice, Owen Smith’s proposal would appear to have two important impacts. Firstly, it would mean that lower-earning graduates would have to repay more than they do under the present system – someone with a gross income of £21,000, who currently repays nothing, would have to repay £120 per year. Secondly, even though higher-earning graduates would have a lower repayment rate, it is likely they would end up repaying more than they do currently because they would have to keep repaying for the full 25 years, rather than being able to run down their debts more quickly than lower-paid ones do, as can happen at present.

There are two very large uncertainties which make the full impact of Owen Smith’s idea hard to predict. The first of these is that students from wealthy backgrounds can currently opt out of the student loan system by paying their tuition fees upfront (or paying off their debts very quickly after they graduate), so they don’t have to make 9% repayments for the next 30 years. Under an official graduate tax, this option would no longer exist, so these young people (who, IFS research has shown, tend to earn more than their fellow students from less wealthy backgrounds, even when they study the same course at the same institution), would be caught in the repayment system, making it somewhat fairer.

The second of these is the uncertainty surrounding both foreign graduates and British students who emigrate after graduation. Currently, HMRC finds it very difficult to chase repayments from graduates who take out UK student loans and then leave the country, as they are no longer covered by the UK tax system. Under a graduate tax, if they have no earnings which are liable for British taxes then they would have no liability to pay for their education, giving people a bigger incentive to emigrate. A related problem is that graduates who studied abroad but then come to work in the UK would in theory be liable for the graduate tax even if they didn’t receive a British higher education, which could be seen as unfair.

Clearly, there are vast uncertainties surrounding how a graduate tax along the lines of Owen Smith’s proposal would work in practice. It’s also worth noting that the higher education sector has never officially supported the idea, largely because of the risk that governments would be tempted to raid it for other purposes, or to impose additional strings on accessing it.

However, if we created a graduate tax which actually does what it says on the tin – instead of being artfully disguised as a loan system – then it would at least make it much easier for young people to know what they were signing up for.