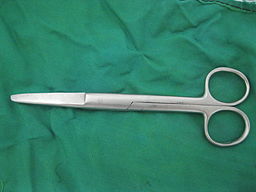 Some concerning headlines have recently appeared in the national media which suggested that the NHS is facing swingeing cuts. For example, displaying a lack of nuance which is slightly uncharacteristic, the BBC recently reported that “NHS cuts [are] ‘planned across England’”. The NHS is such a totemic political issue in Britain that it makes a newspaper editor’s dream, with any story suggesting it faces some kind of imminent peril being virtually guaranteed to sell. Yet the sensationalist tone which is adopted by much of the media coverage about the NHS often overlooks the important facts which we need in order to understand what’s really going on.

Healthcare is an important intergenerational issue, as the NHS is facing unprecedented spending pressure which is partly due to our ageing population, and there is a broad consensus that significant changes will be necessary to ensure it can still be there to look after today’s young people when they reach old age. In this context, it’s important to raise public understanding of the ways in which the NHS is being reformed, so that we can have a genuine national debate about what exactly the public wants from the health service, and how it should be funded.

The recent headlines were to do with a controversial set of reforms which are currently being implemented and which potentially will have enormous significance for the NHS’s future.

These are something called Sustainability and Transformation Plans (STPs). The NHS has frequently been criticised in the past for not providing health services which are sufficiently joined-up with each other, creating deficiencies in care for patients. For example, GPs and hospital services have historically been funded and administered in very different ways (most hospital staff are employed directly by the NHS, whereas GPs are essentially self-employed contractors who sell their services to the health service), which creates obvious problems when it comes to managing people with long-term health problems that sometimes require hospital treatment but can be dealt with in the community the rest of the time.

The growth of Britain’s ageing population has brought renewed attention to this problem, as there is widespread acknowledgement that the integration between the NHS and social care is profoundly inadequate. The reasons behind this are complex, but it imposes huge costs on the NHS – earlier this year the National Audit Office concluded that as many as 2.7 million hospital bed days are being lost each year because they are taken up by elderly patients who wouldn’t be able to access appropriate support from social care services if they were discharged.

In a nutshell, STPs are the government’s latest attempt to address this lack of integration. The Department of Health has divided England up into 44 healthcare areas (each one contains 1.2 million people on average), and appointed a named individual for each who has a responsibility to convene all the different local healthcare providers and other related stakeholders, such as social care providers, and to produce a five-year plan that covers all the different NHS funding streams in their particular area.

Each plan must address three main objectives: improving quality and developing new models of care; improving health and wellbeing; and improving the efficiency of services. The leaders, who mostly have backgrounds working in clinical commissioning groups or NHS trusts, have been instructed to identify the best ways of meeting these three objectives while also achieving financial balance.

These plans are due to be submitted to NHS England by October, and are likely to be assessed and approved on an individual basis. The big incentive for these local groups of NHS providers to put workable plans together as quickly as possible is that from April 2017 they will become the only way of accessing NHS Transformation funding, so they will be tied to a significant source of revenue.

What makes this process controversial – and inspired the headlines referred to above – is that introducing so-called “place-based care” will inevitably result in services being reorganised in ways which lead to them being withdrawn from a particular location. For example, the BBC article linked to above referred to research by the campaign group 38 Degrees which showed that unpublished draft STPs they had seen included the removal of services from certain hospitals, such as the merger of two of the three district hospitals in the Black Country STP area. The important thing to emphasise is that such changes do not necessarily herald the complete loss of services, but rather the realisation that the same (or improved) level of services could be delivered more efficiently across fewer sites if the NHS was more integrated.

Can STPs save the NHS?

Within the world of healthcare, there appears to be a fair amount of scepticism that the degree of integration envisioned by STPs will actually be achievable. As the Nuffield Trust’s Nigel Edwards has put it:

“There are no magic bullets and while there may be opportunities to undertake more radical redesign of some services, most of the work is a detailed slog across a wide range of different activities. Some of the ideas being proposed are best described as ‘plausible hypotheses’ and there are some areas where the level of optimism about what can be achieved and the scale of effect is dubious.”

Whether more integration will deliver better services for patients is, of course, a separate question from whether it will improve the NHS’s financial sustainability. NHS hospitals are currently facing their worst ever financial crisis, having reported a £2.45 billion deficit at the end of the 2015/16 financial year, and the system as a whole is having to make enormous savings in the face of rising patient demand. Conservative MP Dan Poulter has even recently revived the idea of creating a separate “NHS and social care” tax to provide additional funding, such is the scale of the problem.

Greater integration, especially between health and social care, would be a considerable prize from the point of view of looking after patients (especially older ones), but there is considerable doubt about whether it can actually save money, and in the short term it may be even more expensive than the present system because of the costs of combining different organisations into new structures. STPs will not necessarily lead to cuts, but they also probably can’t save the NHS on their own – which raises further questions about what shape the health service will be in when our children come to inherit it.

Image of surgical scissors reproduced under the terms of Wikimedia Commons; https://en.wikipedia.org/wiki/Scissors#/media/File:Surgical_instruments3.JPG