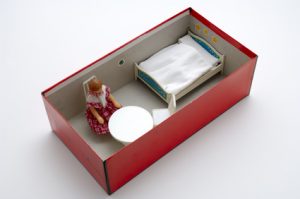 The average cost of renting a one-bedroom property is over 30% of median local earnings in almost half of the local government areas in England, according to a recent analysis by the BBC.

The research attempted to measure housing affordability in each of the local authority areas in England by comparing the cost of renting different types of property in each area with median monthly earnings (net of tax).

As many previous analyses have shown, housing affordability on this measure is worst in London, where the cost of renting even just a studio flat was found to exceed £1,000 per month in Camden, Hackney, Islington, Kensington and Chelsea, Southwark, Tower Hamlets and Westminster. Just renting a single room in a shared dwelling costs more than 30% of weekly take-home pay in 15 of the capital’s 32 boroughs.

Previous work on housing affordability by Shelter and the Joseph Rowntree Foundation has suggested that 30% of their salary is the most a household can afford to spend on housing costs without it having a detrimental impact on their quality of life. However, the BBC’s research suggests that there isn’t a single borough in the whole of London where someone earning the average wage can afford to rent a one-bedroom – let alone a two- or three-bedroom – home without breaching this threshold.

The BBC’s research also shows how unaffordable much of the broader South East is: renting a one-bed property is unaffordable everywhere in the region except for just a small handful of places: Medway, Hastings, Rother, Gosport, Dover, Shepway, Thanet and the Isle of Wight.

By contrast, the BBC found that renting a one-bedroom property was possible without breaching the 30% threshold everywhere across the north of the country apart from in Halton in Cheshire and the most desirable parts of Manchester, despite wages in the North generally being lower than they are in the South.

Median monthly take-home pay in England is about £1,833, after tax and national insurance contributions have been deducted, so the 30% threshold for housing costs was set at £550. Across England as a whole, the average price of a room in a house is £382, while a one-bedroom property costs £694.

In the same week that the BBC published these findings, a new report, called A House Divided, was also launched by the Equality Trust, which looked at the impact of the UK’s housing crisis on inequality.

This piece of research particularly focused on the barriers which renters face to becoming home owners, chiefly the cost of saving for a deposit. From a social equality point of view, the problem with such unaffordable rents is that they create a financial transfer from households who are too poor to afford to own property assets to people who are much wealthier. As landlords are likely to be significantly older than their tenants, this is also a huge intergenerational wealth transfer as well.

The Equality Trust’s research showed that the vast majority of tenants renting privately in England have very little chance of being able to afford to save for a deposit; they found that 95% have less than the deposit (£35,354) needed for a mortgage on an average first home in the UK. The research also showed that most of these households would be too poor even to benefit from subsidised mortgages, such as those that have been made available under the government’s Help to Buy scheme; this enables first-time buyers to get on the property ladder with only a 5% deposit, but this would still be beyond the means of 86% of renters.

Where do young renters who need help with getting on the property ladder usually turn to? It is, of course, the Bank of Mum and Dad – so expect housing inequality to be the main driver which exacerbates Britain’s overall wealth inequalities over the coming years.