David Kingman reviews the first episode in a new BBC radio series, which looked at the financial pressures facing families in their 20s in modern Britain 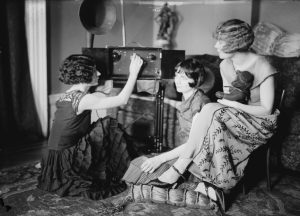 The BBC has recently launched a new four-part documentary series on Radio 4 called Your money and your life, which takes an in-depth look at the economic pressures facing families who are at different stages in their life course in each episode. The first episode, Twenty-Somethings (currently available online to listeners in the UK), spoke to a number of people who are in their third decade to investigate how successfully they are navigating the traditional milestones of early adult life against the backdrop of the Great Recession and Britain’s housing crisis.

The programme did a good job of articulating many of the issues which IF’s work draws attention to, through a combination of personal vignettes and contributions from academic experts in the fields of demography, economics and housing who could explain the “big picture” trends affecting society.

One of the themes which received the most emphasis was the way that adult life (and particularly life for young adults) in Britain has been affected by the breakdown of the so-called “linear” life course trajectory. Broadly speaking, it used to be possible to identify someone’s age fairly accurately based on which of the familiar stages of life they were going through, whether it was school, work, career, marriage, home ownership, children, returning to work, retirement or death.

However, the programme emphasised that this pattern has largely broken down in modern Britain, as so many young adults now stay in higher education for much longer than they used to, which is often followed by a lengthy period of either living with their parents or renting privately. Career progression has become far less linear with the demise of the so-called “job for life” and the growth of short-term and more unstable forms of employment, while the average age of first-time parents is also rising because people are taking longer to find the degree of stability in their relationships, housing situations and working lives which they deem necessary to support a family.

The personal stories that were featured in the programme emphasised that these changing lifestyle patterns often don’t come about by choice. A conversation which featured early on in the programme between a mother who is in her fifties and her daughter who is in her twenties illustrated this nicely, as the mother recalled that she was able to get on the property ladder when she was her daughter’s age with the salary from her first professional job (being able to buy a property which cost just a few times her salary), whereas her daughter still lives at home because, despite being university-educated and earning a typical white-collar salary, property prices are totally out of her reach.

Similar lessons were gleaned from the other personal stories featured in the programme. A young professional couple from London went into detail about the how having to rent privately because they can’t afford to buy has forced them to postpone starting a family, while another young couple, who have had a child together, gave a depressing account of how it feels to live with a constant sense of insecurity hanging over both their working lives and the (rented) home they share.

Another interesting strand which the programme pursued was the extent to which the problems of the twenty-somethings are affecting their older relatives. The parents of the twenty-somethings who were featured in the programmes seemed to be caught between a sense of frustration with their children’s struggles to support themselves independently and a desire to help them via the “Bank of Mum and Dad”. While most of the parents who featured were in a position to help their adult children, this may be storing up problems for some of them when it comes to funding their retirements, as future episodes in this series (which will look at the problems of the Thirty-somethings, Forty-somethings, and Fifty-somethings) will explore.

Image: Public domain, via Wikimedia Commons. From the George Grantham Bain collection at the Library of Congress, USA, c. mid-1920s.