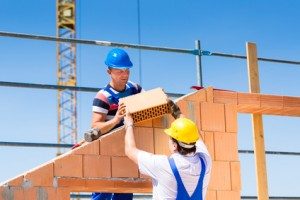 The House of Lords Economic Affairs select committee has recently published the final report from its official inquiry into the economics of the UK housing market (to which IF, along with many other expert parties, submitted evidence). The report argues that the government’s official target for housebuilding is too low, and recommends some radical solutions to help address the problem.

The select committee’s report, Building more homes, is extremely critical of current housing policies which, it argues, will do little to address Britain’s housing crisis. First and foremost, it criticises the Conservative government’s official target of building 1 million new homes in England between 2015 and 2020, which, the committee says, is 100,000 per year lower than the real target should be in order to keep up with rising demand.

Of course, given that voices from the housing industry have recently said they believe the official target is unviable (not to mention that the housing minister who originally announced it has since claimed it was never meant to be a binding target to begin with), one could question the point of recommending a higher target which seems to have very little chance of realistically being achieved.

However, the select committee’s other criticisms of government policy do seem to carry more weight. Firstly, they argue that the government has kept housing output lower than it should be by restricting local authorities’ power to borrow money – despite record low interest rates – to build housing when they can borrow to invest in other things, such as swimming pools. Secondly, they accuse the government of creating a counterproductive sense of uncertainty within the housing sector through its repeated interventions in various policy areas, such as changing tax rules and subsidies for house purchases, enforcing reductions in social rents, and extending the Right to Buy. In sum, these have discouraged affordable housing providers from building more homes by making it harder to predict returns on investment.

Thirdly, they accuse the government of focusing on housing policies which are designed to encourage owner-occupation, such as Starter Homes (under which developers will be allowed to build homes for sale at a discount to young first-time buyers directly in place of previous requirements to build sub-market rental accommodation), to the detriment of the large numbers of people for whom owner-occupation will simply never be economic.

The most radical solution which the committee recommends in their report is lifting the caps on local authority borrowing to finance house building, so that they can resume their historic role as major providers of affordable housing. They argue that the time is ripe for these two reasons: record low interest rates have made public sector borrowing exceptionally cheap; and the incoming Conservative government has announced the abandonment of its fiscal targets, so it should be more willing to allow borrowing that contributes to investment in vital public assets.

What’s interesting about this recommendation is that it stems from the committee’s conclusion that the private house building industry on its own won’t be able to solve the UK’s housing crisis. As their report puts it:

“The Government’s reliance on private developers to meet its target of new homes is misguided. The private sector housebuilding market is oligopolistic with the eight largest builders building 50% of new homes. Their business model is to restrict the volume of housebuilding to maximise their profit margin.”

The big question facing this report is whether the new Conservative administration will be any more receptive to such statist solutions to the housing crisis than its predecessor was. Unfortunately, with the housing market potentially facing a Brexit-induced downturn, it’s hard to see the private sector becoming any more keen to invest in the near future.