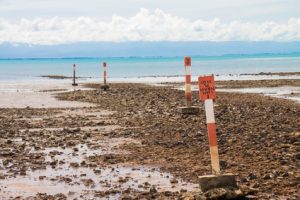 NorthConnect, a new 400-mile undersea electricity cable linking Peterhead in Aberdeenshire with Samnanger in Norway, has recently been given approval by the UK electricity regulator Ofgem. Could this represent the future of renewable electricity in the UK?

Large parts of northern Scotland were controlled by the crown of Norway between the 8th and 15th centuries, leading to a rich exchange of cultures; now the two countries are set to begin exchanging renewable energy in the early 2020s if the NorthConnect project remains on its current schedule.

The purpose of NorthConnect, which is forecast to cost £1.3 billion, is to create a grid interconnector between the two countries which will link hydropower generated in Norway with wind energy from Scotland. Once it is completed, both countries will be able to import or export energy from their respective domestic grids in response to peaks in supply and demand. In theory, this should result in lower energy bills for consumers by increasing supply, as well as increasing both countries’ commitment to renewable energy by lowering their dependence on fossil fuels.

The cable, which will be owned by the NorthConnect consortium (a Norwegian registered company made up of five electricity businesses: Agder Energi, E-CO, Lyse, Scottish & Southern Energy and Vattenfall), will have a capacity of 1.4 gigawatts – equivalent to roughly 25% of Scotland’s current peak demand. In addition to Ofgem, approval for the project has also been granted by Aberdeenshire Council, although certain other regulatory steps still have to be gone through before work can start on the project.

There have been increasing calls for Europe to build more grid interconnectors across the continent over recent years in order to help smooth the transition towards renewable energy. The big advantage of such schemes is that they enable different countries to buy in electricity from a variety of sources, which helps obviate the unpredictability of wind and solar.

In January 2014, the then Secretary of State for Energy and Climate Change, Liberal Democrat Ed Davey, publicly called for a Europe-wide network of grid interconnectors to be built in order to make Europe’s energy costs more competitive with those in America, where they have fallen dramatically since the “fracking” boom. However, so far progress on grid integration appears to have been slowed down by bureaucratic and political hurdles, making NorthConnect something of an exception to the rule (this will be Scotland’s first electricity grid connection to mainland Europe, although both England and Norway already have others).

Of course, the UK’s recent decision to vote for Brexit in the EU referendum could act as a fly in the ointment for future cross-border interconnectors. While the fact that Norway shares interconnectors with EU states without being a member of the union itself shows that Brexit itself needn’t necessarily be a hurdle to deeper grid integration, it hardly seems likely to boost collaboration on cross-border infrastructure projects either.

If Brexit hampers the development of new interconnectors then that would be a shame, as they have great potential to both lessen the UK’s dependence on fossil fuels and help solve our looming energy crisis at a fraction of the cost of building new nuclear power stations like Hinkley Point.

As the WWF Scotland director Lang Banks said: “If the UK and the rest of Europe are to move to a 100% renewable future then greater use of interconnectors is a sensible way forward. Sharing different renewable resources between nations would help drive down climate emissions much faster than relying on domestic action alone. A European-wide ‘supergrid’ would also bring the double benefits of security of supply and a reduced need to build lots of expensive new nuclear or fossil fuel power stations.”