Personal identity and individual entitlement have come to the forefront of the political stage, but do not address the long-term social and economic impact of intergenerational discrimination against entire generations, argues Angus Hanton, co-founder of IF 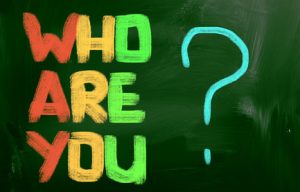 In recent years British politics have increasingly been preoccupied by issues of personal identity. Gay rights, rights of ethnic minorities or the politics of sexual identity have fed through to the public consciousness, informed debate and changed policy for the better. After all, no one should have to suffer discrimination in a civilised society.

But a new book by James Bloodworth entitled The Myth of Meritocracy: Why Working-Class Kids Still Get Working-Class Jobs (Biteback Publishing, May 2016) argues that “by seeking constantly to divide people up into smaller and smaller groups, identity politics forestalls the creation of a sense of unity around issues of economic justice” (page 112).

Bloodworth is principally concerned about class divisions, but his book explains brilliantly too how young people without significant parental help have been shut out of unpaid internships and many professions.

Student bodies too have turned their campaigning towards liberal identity politics, as shown by the recent campaigns that the NUS have been running, including those which are prominent on its website today about “diversity needs” and “equal marriage”.

This is certainly not to criticise these very important campaigns but to point out that they are about the politics of individual needs rather than the economic challenges facing the mass of students.

Has the student representative body let down a generation for being sidetracked by identity politics rather than fighting against the indenturing of all?

Perhaps it isn’t a coincidence that a record number of university student unions have been voting on leaving the NUS and going it alone; this could be seen either as a further shift away from collective action or perhaps as a response to the NUS’s pursuit of identity politics. Or it may in fact be more prosaic: they are leaving because of the financial costs of affiliation and the fact that the NUS is so much about the politics of the left.

In some ways it’s easier to campaign about single issues such as matters of discrimination and personal choice – the language is well established and virtually the whole of the establishment is now supportive of the idea that, in principle, we shouldn’t discriminate between people on the basis of gender, sexuality, ethnicity, disability or anything else.

Such politics could be seen as a clearing-up exercise in pushing through the detail of an open and tolerant society that makes it possible for all to participate and have equal opportunities and so on, but this focus doesn’t tackle the really tough questions about fairness between different generations and between social classes.

Indeed the less confrontational politics of campaigning for equal rights is the same sort of politics that doesn’t want to tell a whole cohort of Britons that they as a group have taken more than their fair share and they need to give some back.

It is perhaps the politics of personal entitlement and minority rights that finds it hard to see the cost of a policy of “where in doubt hand it out”. Universal benefits given to people regardless of wealth fits into the idea of treating everyone equally, but it doesn’t deal with the questions around “who pays?”

The universal benefits that are currently paid to the older generation include bus passes, winter fuel allowances and free NHS prescriptions, but these are very clearly being paid for by the younger generation as the state’s liabilities build up and cost in excess of £5 billion a year. When the rest of society is having to pull in their belts and suffer the systematic removal of the welfare safety net, is it not fair to question whether we are in fact all in this together?

Identity politics could go as far as to question whether these older citizens really are “elderly” or “vulnerable”. In fact identity politics might call such labelling discriminatory, but this is how policy-makers divide up the welfare cake into the haves and the have-nots.