David Kingman discusses the findings from the latest REN21 Global Status Report, which measures the growth of renewable energy capacity around the world 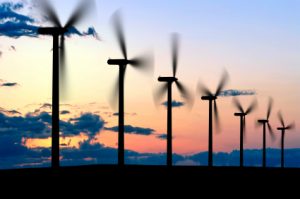 More new renewable energy generating capacity was installed during 2015 than in any previous year, according to the latest Global Status Report from the Renewable Energy Policy Network for the 21st Century (REN21), a body which promotes the adoption renewable energy. However, their report also warned that challenges remain if we want to realise the vital shift towards a low-carbon economy for the sake of future generations.

The report, an annual publication which has measured the status of renewable energy around the globe in each of the past ten years, identified a number of causes for optimism in 2015.

First and foremost, the renewables sector is larger than it has ever been, with total global investment in renewable energy sources, at $286 billion, now more than twice the total investment in new coal and gas-fired power plants, despite the collapse in the price of fossil fuels. Five countries – China, Japan, the UK, USA and India – led the way as the largest investors, with the Chinese accounting for over a third of the global total. Within the EU, almost half of the total generating capacity (44%) is now renewable.

A further cause for optimism is that a number of smaller countries have also made substantial investments in renewables when these are measured as a share of their GDP, including Mauritania, Honduras, Uruguay and Jamaica.

The total amount of renewable energy capacity added during 2015 was 147 gigawatts of power – roughly equivalent to all the electricity generation in Africa. The renewables sector also now employs about 8 million people around the world, the report estimates.

REN21’s executive secretary, Christine Lins, argued that these figures prove renewable energy is now cost-competitive with fossil fuels, despite their fall in price:

“The fact that we had 147GW of capacity, mainly of wind and solar is a clear indication that these technologies are cost competitive (with fossil fuels)… It clearly shows that the costs have come down so much that the emerging economies are now really focusing on renewables.”

Still more work to do?

However, despite the positive commitments which many countries have made towards reducing their fossil fuel dependency – in the form of legally-binding national targets and international agreements, such as the UN climate agreement which was signed in Paris last year – the report also identified several concerns about problems which could potentially reduce the growth of renewables in the future.

Although the UK was one of countries which saw the largest growth in renewables, the Conservative government drew negative headlines for slashing solar energy subsidies by 60%, a decision which, the renewables industry complained, made it impossible to make long-term investments in the UK energy sector. It is also worth noting that the UK remains determined to press ahead with its much-criticised plans to build a new nuclear reactor at Hinkley Point in Somerset, which could cost up to £45 billion in subsidies and won’t be ready until at least 2025. When finished, it will provide 3.2 gigawatts of clean energy – barely 1/46th of the total new generating capacity the global renewables industry has added in just the past year.

The report also emphasizes that there has been a drop in renewable energy investment across Europe (although it has reached such a high level in places like Germany in recent years that Europe remains one of the world leaders), and, perhaps more seriously, renewables have so far been unable to seriously dent the dominance of fossil fuels in generating power for transport. Unfortunately, as long as today’s era of ultra-cheap oil lasts, that seems unlikely to change.