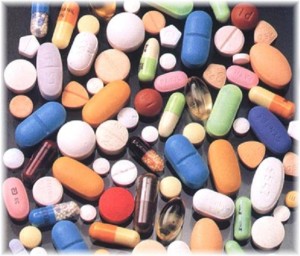 The threat posed to the world’s health systems by the growth of antibiotic resistance has been emphasised in the final report by the official Review on Antimicrobial Resistance, a government-backed body that was appointed to examine this problem and propose ways of addressing it. It provides sobering evidence that future generations will pay a terrible price unless we act now to find new ways of shoring up the effectiveness of our existing armoury of antibiotics.

Modern medicine “cast back into the dark ages”

The final report warns that the threat posed by antibiotic resistance is now so severe that modern medicine risks being “cast back into the dark ages” unless steps are taken to combat it.

The report estimates that so-called “superbugs” – antibiotic-resistant infections – already account for around 700,000 deaths per year. However, new modelling which was undertaken for the report estimates that they could be responsible for as many as 10 million annual deaths by the year 2050, a shocking toll which places a considerable onus on modern-day policymakers to act.

Roughly 8.9 million of these deaths would occur in Africa and Asia, where health systems tend still to be underdeveloped by Western standards, but as many as 400,000 would take place in Europe and 317,000 in North America, showing that this problem has the power to drastically undermine even the most advanced healthcare systems in the world.

The review, which was chaired by Lord Jim O’Neill, the former head of the investment bank Goldman Sachs, argues that there is a clear economic case for acting to create the first new class of antibiotics since the 1980s, which could be paid for either by diverting a small slice of current health budgets around the world or imposing financial penalties – such as higher taxes – on drug companies which were not considered to be doing enough research into new drugs.

The report is the final publication in a series of previous reports which between them have made eight recommendations for addressing the problem of antibiotic resistance. These include:

The report recommends that a new class of antibiotics needs to be invented which would only be for use in an emergency, such as a major outbreak of an antibiotic-resistant infection, even though this means that drug companies would find it much harder to recoup their development costs. That is why a number of the recommendations focus on finding new ways of rewarding drug companies, as otherwise they don’t have any incentive to research such drugs. Recognising the scale of the threat posed to future generations by antibiotic resistance is the vital first step, as Lord O’Neill told the BBC:

“We need to inform in different ways, all over the world, why it’s crucial we stop treating our antibiotics like sweets…We have made some pretty challenging recommendations which require everybody to get out of the comfort zone, because if we don’t then we aren’t going to be able to solve this problem.”