As the 7 June registration deadline for voting in the EU referendum draws close, Angus Hanton, co-founder of IF, looks at the emerging intergenerational divide amongst the electorate 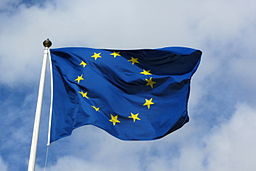 The vote on 23 June 2016 has become highly intergenerational in the sense that a strong majority of younger people are saying they will vote to stay in, while a solid majority of older people say they want to leave the EU.

Roughly speaking, the polls seem to show about 70–75% of young people want to stay in while about 60% of older citizens are for leaving, according to the BBC in late May 2016. We also know (via another recent BBC news report) that “brexiteers” hold their opinions more strongly, with about 10 million “strongly wanting” to leave and only about 5 million “strongly wanting” to stay.

The power of the youth vote will be much reduced by their reluctance to actually vote: by comparison with older voters, it is certain that a larger proportion of young people won’t be registered or, even if they are, many won’t make it to the polling booth. And they may reasonably ask why they should have to engage in this very archaic way of expressing their opinion and can’t vote electronically as voters do in Estonia.

Younger citizens may also be less likely to have registered, as the deadline for registration falls at a time of year when lots of them still have exams, and moves to individual voter registration mean that many simply cannot register when they are living in temporary student accommodation. Furthermore, many students won’t know beforehand whether they will be at university or at home on polling day.

Mature beyond their years?

Some young people seem to have a more mature approach to the referendum than the older generation. They aren’t just voting for what they see as their own best interests or even those of the country but, as European natives, they are voting for what’s best for Europe.

Young people often recognise how damaging the UK’s departure would be for the whole “European project” and how destabilising our departure would be for the countries on the other side of Europe, some of which are still recovering from the traumatic events of the Serbian nationalist movement and, earlier, the Cold War. To be fair, many older people will be voting to stay in partly because they see EU membership making it easier for their children to get work in Europe.

Age-groups voting against their own interests?

Aside from the psephology of how different ages are likely to vote, are the interests of young and old really that different? They do seem to be distinctly different in some ways, but paradoxically neither old nor young appear to be planning to vote very effectively for their own interests.

As an older person, you are increasingly a buyer of services from others. With your pension and accumulated assets you want to buy in help – whether it’s plumbing, cleaning, or even elderly care. Within the EU and with continued freedom of movement, the costs of these services can reasonably be expected to stay low or maybe even reduce, whereas leaving the EU will restrict the supply of labour and should put up the costs of such services. So you might expect older voters to want to vote to stay in order to keep down their costs of living.

In contrast, younger people, thinking about both their chances of employment and their likely wages, should perhaps want to restrict competition in the labour market and might therefore want the UK to leave the EU. In this sense the generations are not actually voting in their own interests in terms of the costs of labour (for the old) or the rewards of being part of the labour market (for the young).

Bring back the old days

Some older people have been quoted as saying they want to leave because they associate being in the EU with all the recent changes that have taken place in our society and they hope that by leaving they will be able to turn the clock back and live in an earlier “happier” time.

The irony of this is that it was the majority of these older people who voted, in the 1975 referendum, to confirm Britain’s membership, which had occurred two years earlier in 1973 when Edward Heath took the UK into the EEC (now the EU).

…or look to the future?

According to a recent NUS poll, 75% of 16–17 year-olds say that they would vote in the EU Referendum if they had the chance to do so, which flies in the face of opposition against reducing the voting age on the principle that young people are not mature enough to vote. Or will older people vote in what they perceive as the interests of their children and grandchildren?

In this sense the referendum is truly intergenerational. Its outcome will affect future generations, and from that point of view we, as voters, should surely be looking more at its long-term effects than what it means just for the next year or two.

Image: The flag of the European Union, seen in Karlskrona (Sweden) in 2011. Note that this flag was flown incorrectly as the stars were upside down. Photo by MPD01605 [CC BY-SA 2.0 (http://creativecommons.org/licenses/by-sa/2.0)], via Wikimedia Commons