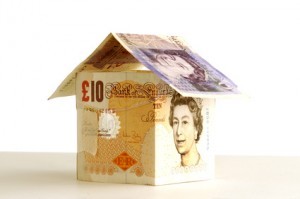 The current Conservative government was elected last year with a manifesto commitment to “turn Generation Rent into ‘Generation Buy’”. A number of the policies which they hope will turn this ambition into a reality were legislated for in the new Housing and Planning Bill, which they introduced into Parliament at the beginning of 2016.

This Bill finally received royal assent on 12 May, passing it into law as the Housing and Planning Act 2016. So, what are its key elements, and why have some of them proved controversial?

One of the most controversial elements of the new Act has been the government’s policy on Starter Homes: a new category of affordable housing that will only be available for sale at a 20% discount to first-time buyers who are under the age of 40. The government has claimed that this policy will boost homeownership among young people, while its critics have argued it will only benefit the most well-off young people while greatly diminishing the availability of other forms of affordable housing – particularly subsidised rental accommodation – to the working poor.

Starter Homes proved so controversial that during the Bill’s consideration by the House of Lords, an amendment was added by Lord Best which sought to mitigate its impact on affordable housing by preventing first-time buyers from selling a Starter Home at full market value five years after they purchased it, which would have been possible under the government’s original proposal. His amendment would have resulted in the discount reducing much more gradually, over a period of 20 years; however, it was defeated by the government when the Bill returned to the Commons.

This will not be the end of the matter, though: one of the criticisms of the Bill throughout its passage through Parliament was that many factors governing the detailed implementation of the measures it contains, including Starter Homes, will be determined by subsequent sets of technical regulations which the government has yet to publish (the Act itself being relatively light on details). A public consultation has subsequently been undertaken on the Starter Homes technical regulations (finishing on 18 May), and one of the proposals which the Consultation Document contained was that the period before a first-time buyer can re-sell a Starter Home at full price should be lengthened, although the government is only willing to consider a maximum period of up to eight years.

A number of other key points relating to this policy – including what proportion of new developments should be in provided in the form of Starter Homes, and how much discretion local authorities will have to adjust this in their particular area – will only be known for sure once the government publishes its final set of technical regulations.

One of the other controversial measures in the draft Bill was the government’s plan to extend the Right to Buy discount to properties owned by housing associations, which would be funded through forcing local authorities to sell off their most valuable council houses.

This was controversial in part because it will involve a diminution of the social housing stock, which – although the government had pledged to replace every affordable housing unit that would be sold off under the scheme with at least one new one – many people argued it would be extremely difficult, if not impossible, to replace. It has also required the government to engage in challenging negotiations with the housing association sector in order to gain their agreement for the Right to Buy to be extended.

Throughout the period in which the draft bill as being considered by the House of Lords, amendments were tabled which sought to water down these measures, but all were ultimately defeated by the governmental majority in the Commons. Therefore, it now seems inevitable that it will go ahead, which obviously raises significant questions about what its ultimate impact on the levels of affordable housing will be in the long term.

The government has, in effect, presented the Housing and Planning Bill as an opportunity to have its cake and eat it – boosting housing supply, building more affordable housing, and letting more people own their own homes. As Housing Minister Brandon Lewis said at the Act’s launch:

“Our landmark Housing and Planning Act will help anyone who aspires to own their own home achieve their dream. It will increase housing supply alongside home ownership, building on the biggest affordable house building program since the 1970s.”

Ultimately, if the Act succeeds in turning Britain back into a “property-owning democracy” then it will be wonderful, but there are significant reasons to be the sceptical about whether the policies it contains can really achieve this.