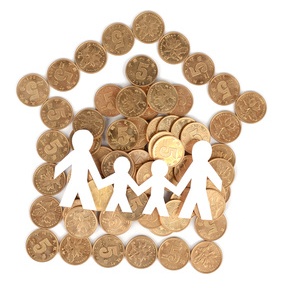 A quarter of all mortgage transactions now involve the purchaser receiving financial assistance from family and friends, according to a new report from insurance company Legal & General (L&G), which argues that this trend has serious implications for social justice.

According to L&G’s report, The Bank of Mum and Dad, prospective house purchasers will receive £5 billion worth of help from their families and friends during the coming year, which means if they were a bank they would be one of the country’s top ten mortgage lenders by value.

The report, which was based on a survey of 1,000 UK adults undertaken by the Centre for Economics and Business Research, shows that this lending will support almost 306,000 purchasers with getting onto the property ladder. Their analysis also revealed that among current homeowners who are under the age of 35, 57% had been assisted by the Bank of Mum and Dad when they bought their current property.

L&G argues that, as house prices continue rising, the Bank of Mum and Dad will become increasingly thinly-stretched. A third of today’s prospective first-time buyers say they expect to receive parental help in accessing the property ladder, but parents’ typical contribution towards their children’s property purchases already equate to 37% of the average family’s accumulated asset wealth (not including their own housing), which suggests it will not be long before even relatively wealthy parents start finding it a struggle to help out.

Launching the report, L&G’s CEO Nigel Wilson articulated the problems that it will create for us as a society if it starts becoming almost impossible for young people to buy their own homes without significant parental support:

“…the generosity being displayed by UK families doesn’t make up for intergenerational unfairness – younger people today don’t have the advantages the baby-boomers had, including cheap housing that delivered windfall gains. People will always want to help family members – it is a natural thing to do. Relying so heavily on the Bank of Mum and Dad however risks increasing inequality as many young people today are not lucky enough to be able to access parental support when buying a home, or can’t afford to buy even with parental help.”

With many parents simply being unable to provide significant financial assistance to their children – not least because they may still be paying off their own mortgages themselves – British society seems virtually certain to become increasingly divided between the asset-rich and the asset-poor.

L&G’s main solution to Britain’s housing crisis is the obvious one: building more homes. Putting their money where their mouth is, they have recently launched a new venture which will build prefabricated “modular” housing that can be constructed in a week, similar to the type which is common in Scandinavian countries. L&G has launched ambitious plans to build new housing developments entirely out of these factory-made homes, a concept which makes business sense for them because it should produce higher returns for the savings they manage than investing in bonds would during the current era of ultra-low interest rates.

Less than a week after L&G’s report was launched, Nationwide and Halifax, two of the UK’s largest mortgage lenders, each announced they would be raising the maximum age limit of their mortgages to 85 and 80 respectively. This can be seen as another sign that the housing crisis (alongside rising longevity) is re-shaping British society, as it may no longer be uncommon for people to keep repaying mortgages into their 70s in the future, or even beyond. It just goes to show that even for those members of today’s younger generation who do get some parental help with buying property, a very, very long wait is likely to be in store for them before they can enjoy the security of owning a home outright.