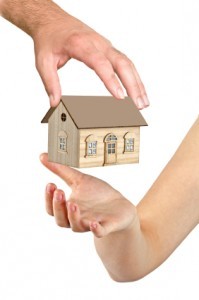 The Conservative government’s policy of extending the Right to Buy discount to housing association tenants – which would potentially enable 1.3 million people living in discounted rental accommodation to buy their own properties – has been sharply criticised during a recent investigation by the House of Commons Public Accounts Committee. Their official report raises a number of serious doubts about the feasibility of the government’s plans, and suggests that they could potentially do serious damage to both the quality and availability of affordable housing in the long run.

The current government included in its 2015 election manifesto a commitment to extend the Right to Buy scheme to secured tenants of housing associations, who have never previously been eligible for it, in order to increase levels of homeownership.

Implementing this policy is significantly more complicated than it was for the original Right to Buy scheme – which only covered tenants living in local authority-owned social housing – because housing associations have historically been independent charities rather than part of the public sector. In other words, the government was promising to sell something (for a heavy discount) which wasn’t under its direct ownership.

Therefore, in order to extend the Right to Buy, the government needed to get housing associations on board, which it accomplished by signing a voluntary agreement with the National Housing Federation (the housing associations’ industry body) last September. Under the terms of this deal, every property which is sold has to be replaced with a new one, and housing associations will have the right to refuse to sell properties to tenants under special conditions (including if the property is an area where it would be very difficult to replace).

The government has to compensate housing associations for the Right to Buy discount, which they intend to achieve by forcing local authorities to sell high-value council housing (although some of this money is also supposed to be used to replace these council homes). The scheme is currently being gradually phased in, with just five housing associations running pilots.

The committee’s report criticised the manner in which the Department for Communities and Local Government (DCLG) has handled the implementation of the scheme so far, particularly the apparent lack of clarity regarding whether the complex funding arrangements outlined above are likely to work in practice. They warned that “many key policy details have not been clarified, with the Department offering only vague assurances as to how this policy will be funded, without producing any figures to demonstrate that additional funding from central or local government will not be required.”

The other main area of concern which they identified was over the likelihood that all the affordable housing which is sold as part of the extended Right to Buy will actually be replaced with equivalent properties. For obvious reasons, replacing the most expensive council homes with new affordable housing in high-value areas like London is going to be extremely challenging, and there will inevitably be a time-lag between the selling-off of existing homes and the development of new ones, during which the available supply of affordable housing could fall quite low.

The report highlighted that the voluntary agreement with the housing association sector and the relevant legislation gives housing providers significant flexibility over what forms the replacement affordable housing will take. Potentially, new homes which replace the sold-off ones could be located in different geographical areas; they could be provided by buying existing homes rather than developing new ones (suggesting that the government’s intention of boosting overall housing supply through this policy may well fall short); and, most importantly, different forms of affordable housing product could replace the existing ones (such as Affordable Rents, which are let at up to 80% of market rates), significantly changing how affordable it is for low-income tenants.

Overall, the report argues there are “very serious concerns” about both the affordability of this policy and its consequences for the supply of affordable housing, which need to be addressed before it goes any further.