Following up on recent speculation about whether the Hinkley Point nuclear project will go ahead, David Kingman reports that a final decision has now officially been delayed until September 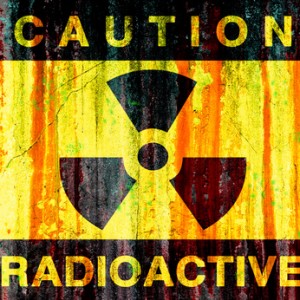 A recent post on this blog was devoted to speculation about whether the proposed new nuclear reactor at Hinkley Point would be abandoned; this followed IF’s recent Toxic Time Capsule report which outlined the flaws of the UK’s nuclear energy strategy. Now it has been announced that a final decision will be postponed until September – so what does this mean for the project as a whole?

Throughout the troubled process of trying to get the Hinkley Point scheme off the ground, the key stumbling block has been whether EDF, the state-owned French power company which has been contracted to develop it, can meet the estimated £18 billion cost of doing so. This requires the backing of the French government, which owns 85% of EDF, who would have to recapitalise the firm.

The official reason for why the final decision has now been postponed until September is to enable EDF to raise up to €4 billion (£3.1 billion) via a new rights issue. EDF has said this will allow them to go ahead with their “strategic investment programme…including Hinkley Point C”.

EDF has also announced that it will consult with its French trade unions before making a final commitment to the project, which will take at least 60 days under French law. Union leaders in France have publicly criticised the scheme for its proposed cost, which they argue will pose a significant risk to the future viability of the firm. Speaking on behalf of the large CGT Énergie union, Marie-Claire Cailletaud expressed her views to Radio 1 Europe earlier this year: “we have already said it is urgent that this project be postponed because we feel the current state of EDF’s nuclear branch and the company’s financial situation make it dangerous to launch this right now.”

The context of this decision is that EDF’s current financial position is extremely weak, according to a number of industry analysts. Somewhat paradoxically, although EDF has received an extraordinarily favorable deal to sell Hinkley Point’s electricity to UK’s consumers once the reactor has been built (which is one of IF’s main criticisms of the scheme), there are significant doubts surrounding its ability to pay the upfront costs of building it in the first place.

Much of this uncertainty stems from the problems afflicting Areva, the French designer and builder of nuclear reactors which EDF and the French government were forced to bail out last year at a cost of billions of euros because of weak demand for nuclear reactors following the Fukushima incident. One of the reasons why French unions are unhappy with the prospect of the Hinkley Point scheme going ahead is that EDF has pledged to lay off 4,000 workers over the next two years as part of the cost of absorbing Areva on its balance-sheet – so French unions are presumably keen to mitigate the threat that Hinkley Point’s costs could lead to further job losses.

Given EDF’s weak financial position, plenty of voices now seem to be warning that the Hinkley Point scheme could potentially be a rotten deal, not just for the UK taxpayer but for the French firm itself. This view was expressed most directly by Martin Young, an energy industry analyst for RBC Capital Markets, who gave a damning verdict in a recent briefing on the company:

“The European electricity industry faces unprecedented challenges and change. EDF is not immune from these challenges, and we believe needs to act to a greater degree than has been proposed. Against that backdrop, to proceed with Hinkley Point C at this juncture would be verging on insanity.”