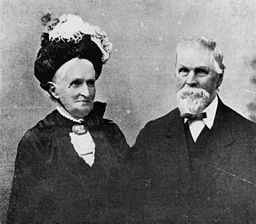 Today’s young women are failing to save enough money to pay for their old age because of the persistence of old-fashioned ideas about male “breadwinners”, according to a new analysis by the Fawcett Society, the charity which campaigns for women’s rights.

The report, Closing the Pension Gap: Understanding Women’s Attitudes to Pension Saving, which was based on qualitative research among 40 medium- to high-earning women who were aged 25–39, investigated why rates of pension saving among women still lag behind those of men, despite the fact that women are likely to live longer on average.

According to data gathered by pension provider Scottish Widows, who sponsored the report, only 52% of women who earn over £10,000 per year are saving adequately for their retirements, compared with 60% of men (most alarmingly, a quarter of these women are saving nothing). Women also tend to save less in pensions than men even when they earn the same amount.

The study provided three particularly interesting insights into why women make these decisions about saving. Firstly, it found that even among the participants who held degrees there was a strong tendency for them to defer their financial planning to the men in their lives (particularly fathers and partners). The authors say they were struck by the sense of powerlessness which the women espoused regarding pensions and financial matters, even when they were both very well-educated and had sufficient resources to potentially make significant savings. They argue that this may be partly to blame to the lingering influence of gendered assumptions about maths being a “male” subject at school, and also the lack of desire among women to engage with a financial services industry, which they perceive to be dominated by a “macho” culture.

Secondly, the study found that the unequal distribution of caring responsibilities between men and women had a big impact on women’s saving behaviour. Women were much more likely than men to leave work or reduce their hours in order to take on child caring responsibilities, and while they were generally aware of the immediate impact such decisions had on their family finances they were often less well-informed about how it could be harming their pension saving too.

This classic “male breadwinner” model means that many of today’s young women, despite being better-educated and more likely to out-earn their male partners than in any previous generation, are still going to end up being largely dependent upon the pension savings accumulated by the men in their lives in old age.

As Sam Smethers, the Fawcett Soceity’s chief executive, said at the report’s launch:

“The gender pay gap becomes a pensions gap in retirement. In particular women are taking a big hit on their pensions when they have children, but are not aware of the impact this will have on them in the long term. Women are putting everyone else’s needs before their own especially when it comes to who pays for childcare. Their baby becomes her childcare bill.”

Apart from the burden of childrearing and a lack of knowledge about pension saving, the women who took part in this study also said that student debt and high living costs – lacking the necessary resources, in other words – were the biggest reasons why they weren’t able to save towards a pension. With the cost of life’s bare necessities, especially housing in the big cities, rising ever further, Britain may be witnessing a generation of supposedly independent young women who will in fact be just as dependent upon male breadwinners in their old age as their mothers and grandmothers were.

Image: Mr and Mrs John Soden. Digitised by the State Library of Queensland, and provided to the Wikimedia Commons as part of a cooperative project. The original photograph is in the public domain. The metadata has been released by State Library of Queensland under the Creative Commons Attribution-Share Alike 2.5 license. (StateLibQld 2 166031 Husband and wife Mr and Mrs John Soden.)