With the 2016 mayoral elections only a matter of weeks away, there are many concerns over the decline in registered voters − especially young voters. Neesha-Ann Longdon, IF Volunteer, reports on this issue, addressing the need for younger Londoners in particular to use their vote 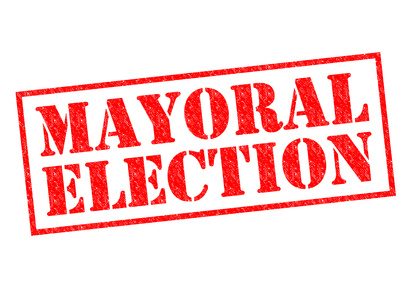 On 5 May, Londoners will be given the chance to decide who will be the next Mayor of London. The mayor has the responsibility for a number of issues in the capital for which he/she has a budget of £17bn. These include policing, the fire service, local government, transport and housing. The decisions the mayor takes therefore affect young people, so why aren’t young people voting?

In spite of London’s growing population, the number of people registered to vote fell from 5,738,498 in 2014 to 5,645,254 in December 2015. That is a loss of approximately 100,000 voters. The figures were collected after the introduction of the new system of individual electoral registration, which MPs and electoral experts warned would risk disenfranchising hundreds of thousands of young people. Individual electoral registration now requires each person to register individually as opposed to by household. As a result, more than 800,000 have now dropped off the electoral register and are required to individually register online, including students who would have previously been registered through their family household or as part of their hall of residence. The issue is further exacerbated by the fact that 40% of Britons are unaware that they can register to vote online.

The mayoral elections of 2012 saw the victory of the Conservative candidate Boris Johnson. However, only approximately 38% of Londoners voted in this election – this equates to a representation of less than two for every five people.

Independent news website Eastlondonlines asked the public of Downham their opinions of how they would vote in the mayoral elections. Those who said they were unwilling to vote expressed a strong lack of faith in the political system, making little distinction between party candidates because they assumed that they were from an upper-middle-class elite who are out of touch with the issues facing local residents. It would seem a pattern emerges where those less likely to vote are characteristically of low-income backgrounds, living in social housing, or the young – leading to a silent majority whose needs are not being met by policy-makers.

We must realise that, in failing to vote, the votes cast will ultimately represent those who register and turn up to vote, and not the silent majority who are often more burdened by changes to public services.

The adverse effects of not voting may come to light when it’s all too late. An example of how low turnout can affect communities is Weavers in Tower Hamlets, which now has an uncharacteristically high proportion of British National Party (BNP) voters in the aftermath of the 1993 election in which they won their first council seat. While the BNP won the seat democratically, if more local residents had turned out, the subsequent heightened racial tensions in this ethnically diverse community could have been avoided

Voting is particularly pressing for the younger generation. Leaving this decision to older generations gives them the power to promote policies that serve them, at the younger generation’s expense. But clearly there are candidates amongst the candidate list that are ready to stand and be the voice for young people in London. Sadiq Khan has put major issues such as affordable housing for young families as a high priority, whilst Caroline Pidgeon aims to place youth workers in A&E departments in an attempt to break crime cycles.

As long as you’re a British citizen living in London above the age of 18, there is nothing stopping you from registering today. Registering takes less than five minutes. This can be carried out online at GOV.UK using your National Insurance number or your passport.