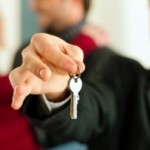 Young people remain committed to the idea of owning a home and are making significant sacrifices in order to get there, according to the findings of a recent piece of research which investigated the behaviour of young people who are attempting to get on the housing ladder.

First-time buyers – An early life crisis: Britain’s homeownership aspirations was undertaken by NatCen on behalf of the Yorkshire Building Society, who used an online survey to explore attitudes towards homeownership among a nationally representative sample group of 2,000 18–40 year olds who were divided roughly 50/50 between current homeowners and non-homeowners.

This piece of research provided several useful insights into how people in their 20s and 30s are adapting to Britain’s housing crisis. In particular, it demonstrated that young peoples’ appetite for getting on the property ladder remains undimmed: around 60% of the non-homeowners surveyed said they wanted to have homes of their own one day, with only around 15% of non-homeowners expressing a preference for private renting as their long-term housing tenure.

However, there were some interesting differences by age group within the sample. When respondents were asked to rank a list of lifetime milestones in order of importance to them, the average person who was aged 25–40 ranked home ownership first, ahead of having children, getting married, and achieving their career and educational aspirations, whereas the average respondent aged 18–25 only ranked home ownership third, behind achieving their career and educational goals.

Clearly this is what you would expect given that most of the 18–25 year olds will either be studying in higher education or at the very beginning of forging a career, but it will be interesting to see if there is any kind of long-term shift away from finding home ownership desirable as the members of this cohort get older.

What the survey revealed about why young people want to become homeowners was also interesting, as it suggested that they have a combination of psychological and economic motivations. Over 80% of respondents agreed with the statement that “owning my property would mean it feels more like home”, and similar levels of support greeted the statement that “owning a property would be a good financial investment for the future.”

The other interesting insights from this research concern the scale of the barriers facing young people who try to become homeowners and how they are trying to overcome them.

It revealed a streak of pessimism among the young people who said they wanted to become first-time buyers, when asked about the likelihood of them ever actually achieving that aim. One especially striking finding was that, even though the likelihood of someone owning their own home increases with age, a third of the would-be buyers aged 35–44 agreed with the statement that “I would like to buy a home, but don’t think I will ever be able to unless there is a dramatic downward shift in house prices.” Indeed, when the non-homeowners were asked to rate their likelihood of ever getting on the property ladder, the level of pessimism about achieving this goal actually increased the older people got. Unsurprisingly, across all the age groups the biggest barriers which non-homeowners perceived to becoming homeowners were economic, on account of both low earnings and the high cost of deposits and mortgages.

The survey also showed how young people are adapting their behavior to try to turn their dreams of getting on the housing ladder into reality. It asked non-homeowners about the things they were cutting back on in order to save up for a home, and found that around 15% of men and almost 10% of women had either delayed getting married or delayed having children, while 14% of 25–34 year olds and 9% of 35–40 year olds had moved back in with their parents.

Respondents who had bought homes recently were also asked what compromises they had made in order to find one that was affordable. This showed that 15% had actually moved to a more affordable part of the UK, 20% had lengthened their commute to work, and 5% had even moved to a different country.

These findings paint an interesting picture of how young people are responding to coming of age in an extremely unaffordable housing market, and how the consequences of the UK’s housing crisis are reshaping patterns of where young people live and when they form families.