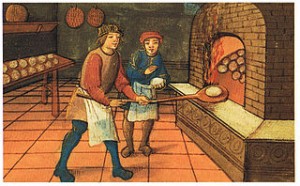 The majority of young people who do not go on to higher education are being “significantly overlooked” by the government, according to the recently-published findings of the House of the Lords Social Mobility Select Committee into improving the transition between school and work.

The committee’s report, Overlooked and left behind: improving the transition from school to work for the majority of young people, makes a number of trenchant criticisms of the current policy landscape governing this area.

Most significantly, it claims that government policy during recent years has overlooked the transitions taken by the majority of young people who neither go on to attend higher education nor are at risk of dropping out of the labour market and becoming “NEET” (Not in Education, Employment or Training). These are the young people who either manage to go straight into work following GCSE or A-level or who undertake a vocational education, who, the committee points out, are actually in the majority as they account for about 53% of their age group.

However, the committee collected large volumes of evidence – including the responses of young people to a specially commissioned online survey which asked them about their experiences – that show that too often the system fails to provide these young people with adequate guidance and advice. As a consequence, the committee’s evidence suggests these young people have to try to navigate a system which the report characterised as “complex and incoherent”, which leads to many young people accepting whatever training or employment opportunities they can find, even if these aren’t suitable for them or don’t offer the prospect of long-term career progression.

The committee argues that at the heart of the problems facing this group is the long-term devaluation of technical and vocational education by society in favour of university degrees. In particular, the report argues that this preference for young people following the academic route has been hard-wired into the education system by an incentive structure which provides more funding for young people who do A-levels, and where spending on further education colleges (which provide most vocational education) has been cut dramatically per pupil since 2010 while school funding has been ring-fenced.

The report also argues that the government’s main attempts to raise the standard of vocational education, in particular apprenticeships, haven’t really borne fruit because only 6% of 16-18 year olds currently follow the apprenticeship route. As the report damningly concludes, “the inequality between academic and other routes – such as vocational training – does not serve the UK’s economic needs and produces outcomes which are unfair and restrict opportunities for social mobility.”

The report makes eight detailed recommendations for how the school-to-work transition could be improved in ways that would benefit all young people.

The most radical move the committee proposes is to end the National Curriculum at age 14 instead of 16, and then redesign the 14–19 period of education as a crucial “transition” phase in which young people would follow the same core curriculum but with specially tailored academic or vocational elements, depending on the route which is best for them. On top of that, they call for a dramatic improvement in the quality of school careers advice, which could be achieved by recognising the “gold standard” of practice within the existing system and replicating it more widely. In order to implement these and their report’s other recommendations, they believe there needs to be a dedicated minister with Cabinet-level responsibility for the transition from school to work for young people.

As the committee chairman, Baroness Corston, indicated at the report’s launch, this is ultimately a matter of achieving fairness for less academic young people:

“The current system for helping people move from school to work is failing most young people. They are simply not being adequately prepared for the world of work. This significantly disadvantages a huge number of young people and limits their opportunity for social mobility…I hope the recommendations of our report are implemented, in order to start giving all young people an equal opportunity to reach their potential.”