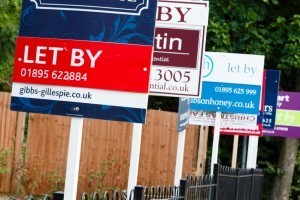 From 1 April 2016, landlords who buy additional properties in England face paying a 3% Stamp Duty surcharge, in a move that was designed to slow down the growth of the buy-to-let sector so that more homes would be available to first-time buyers. As some commentators have argued, this – alongside a range of other policy reforms in the pipeline which will affect landlords – could herald the decline of buy-to-let. So what are the prospects for the industry going forward, and how will this affect young people?

The impending implementation of the higher rates of Stamp Duty apparently triggered a last-minute rush to process transactions among buy-to-let landlords at the end of March who were eager to take ownership of new properties before the rules changed. The sums involved were not trivial: a £200,000 home would have attracted only £1,500 worth of Stamp Duty under the old system, whereas from the 1 April it would have been £7,500. However, as IF has previously pointed out, the average buy-to-let property, which according to the Halifax bank currently costs £184,000, will still attract a smaller amount of Stamp Duty even if you include the 3% surcharge than it would have done before the abolition of the “slab” system, which is Chancellor George Osborne’s other big reform to this tax.

In addition to the changes to Stamp Duty, existing landlords are also facing a big potential reduction in their net incomes once they will no longer be allowed to deduct all their mortgage interest against tax from 2017, as happens currently. On top of that change, the Bank of England have recently recommended that buy-to-let landlords should face new restrictions on how much they can borrow. This would involve taking a wider picture of a landlord’s financial circumstances into account when banks determine how much to lend to them (rather than only looking at their expected rental income from the specific property they are planning to buy) and stress-testing how they would cope with raises in interest rates, currently at rock-bottom levels. The Bank’s modelling suggests that these reforms could reduce buy-to-let lending by 20% over three years if they were adopted.

Predictably, these recommendations received a negative response from landlords and the property industry: Jeremy Leaf, a former chairman of the Royal Institution of Chartered Surveyors claimed that “This is a classic case of slamming the stable door after the horse has bolted. The changes the Chancellor has made to mortgage interest tax relief and higher stamp duty for landlords will have enough of an impact on buy-to-let without the need for further interference from the Bank of England.”

Has the demise of landlords been greatly exaggerated?

When you add all of the changes the government has made together then things start looking pretty bleak for landlords. However, from a different angle their future seems much brighter.

A recent report from the Council for Mortgage Lenders, an industry body, argued that the apparent reduction in the size of the private rented sector recorded by the most recent English Housing Survey was probably inaccurate. If you look at the number of renting households as a three-year rolling average, which is likely to be more accurate than an annual estimate, then the demand for rental property still looks remarkably robust, and is forecast to keep growing because of declining housing affordability.

The latest ONS small-area house price estimates also suggest that house price growth is still spiralling upwards in all but the poorest areas of England and Wales. As long as this trend continues – and the bottom line is that middle-class property owners have far too much political significance for any political party to seriously support lower house prices – then property will remain a good investment, especially as long as higher interest rates remain a distant prospect.

This is not to suggest that the buy-to-let sector won’t change as a result of recent policy developments. As industry commentators have suggested, what we will probably witness is a decline in smaller property investors who use mortgages in favour of wealthier cash purchasers, which may be no bad thing for society if it encourages a more professional, better-organised industry made up of bigger landlords to take root. For young people who belong to Generation Rent, however, a return to mass home-ownership looks nowhere in sight.