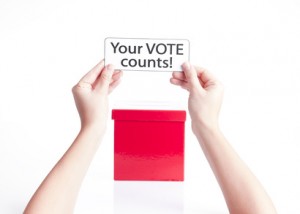 So far, the consequences of what an in- or out- verdict in the upcoming EU referendum would be for today’s young people doesn’t seem to be one of the key debates surrounding this issue. Given the one-off nature of the vote, this looks like a mistake, as after all it is the youngest members of the electorate who will have to live with the aftermath of the referendum for the longest period of time.

IF is politically neutral, and is neither for nor against voting to leave the EU. However, we do strongly believe that young people should get the opportunity to play a full part in such a crucial debate over Britain’s future, which is why we are disappointed that – apart from the education secretary Nicky Morgan, who recently claimed that a vote to leave the EU would be “devastating” for Britain’s young people – so few politicians seem to be engaging with them. Could they possibly be missing a trick?

The polling company YouGov have recently released a major piece of analysis which used  a representative sample of 16,442 UK adults, who were split 50-50 on voting “in” or “out” in the EU referendum, in order to look at their personal characteristics.

Unsurprisingly, most of the big divides that commentators have identified over how different groups feel towards Europe were evinced by this sample group – it showed that people who read The Guardian, went to university and live in London or Scotland and Wales are strongly in favour of staying in, while people who support Ukip, left school at GCSE-level and live in provincial England display a strong preference for leaving.

Mirroring the findings from most previous polls, YouGov also detected big differences between age groups: people who were under 30 divided 73-27% for “in”, while the over 60s divided 63-37% in favour of “out”. People aged 30 to 39 were divided 62-38 in favour of staying “in”, while the “out” option was supported by a small majority among people aged 40 to 49 and had a lead of over 10% among voters aged 50 to 59. In other words, it seems that the older you are, the more likely you are to be a Eurosceptic.

Politicians on both sides presumably must be aware that younger voters are more likely to be in favour of voting “in”, yet neither side appears to be doing much either to encourage them to vote or to try and change their minds respectively. In part, this is probably due to the low levels of political engagement in general among younger voters: commenting on these results, Peter Kellner, YouGov’s President, said that “differential turnout could well decide the outcome…As turnout tends to be much higher among older than younger electors, this is good news for the ‘out’ campaign(s).” It may also reflect the fact that, with turnout among younger voters at elections currently at historically low levels in England, the different parties’ strategists have simply lost the knack for framing their messages in terms which will appeal to them. Despite how much it could potentially gain from having the support of young people, the “in” campaign in particular appears to be more concerned with attempting to change the minds of older voters than with persuading younger ones to vote.

Given the size of the lead which “in” has among younger voters, this could turn out to be a missed opportunity for them. In any case, the results of YouGov’s polling suggest that the votes of young people could have the potential to swing the referendum’s result one way or the other – as long as they find their voice.