In the second of a two-part series about the recent Budget speech, David Kingman looks at what it could mean for younger and future generations 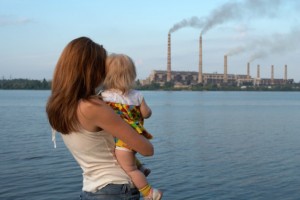 Throughout the Budget speech that he delivered to the nation on Wednesday 16 March, Chancellor of the Exchequer George Osborne repeatedly stated (19 times in all) that his concern for “the next generation” was the guiding philosophy behind the difficult policy choices he had chosen to make. But will the measures announced in the Budget really help today’s young people?

The previous blog post in this series examined some of the measures he announced that might have a positive impact on younger and future generations; unfortunately, there were also a number of policies which seem likely to have a negative impact, which are the subject of this one.

One area where the Budget appears to have unquestionably harmed the interests of future generations was in relation to the environment. Despite David Cameron’s claim when he was leader of the opposition that he wanted to form Britain’s “greenest government ever”, the Budget featured several policies which look set to exacerbate environmental problems.

Firstly, the Budget gives a huge tax break to the North Sea oil and gas industry – which the government estimates will be worth £1 billion over the next five years – by halving the supplementary tax on oil and gas revenues to 10% and “effectively abolishing” the Petroleum Revenue Tax. The changes, which were introduced to help support North Sea oil and gas firms which are struggling with low world oil prices, were greeted with derision by environmental campaigners, such as Liz Hutchins of Friends of the Earth, who expressed her displeasure to the BBC:

“The chancellor’s budget was full of ‘next generation’ rhetoric, but tax breaks for the climate-wrecking oil and gas industry pose a real threat to the security of people, the economy and planet. This government should do far more to develop the UK’s huge renewable energy potential – creating jobs and putting us at the forefront of building an economy fit for the challenges of the future.”

The government also provided a generous tax break to motorists by freezing the fuel duty escalator for the sixth year in a row. According to the Institute for Fiscal Studies, the combined impact of this and low fuel prices means that private motoring is now cheaper, in real terms, than it has been at any point since the mid-1990s. In other moves which were unfriendly to the environment, the Chancellor also abolished the Carbon Reduction Commitment (a compulsory energy efficiency scheme) and announced that the most energy-intensive industries (such as steelmaking) would continue to be exempted from the Climate Change Levy.

Of course, all these policies involve complex issues, and it cannot automatically be assumed that climate change would have been significantly affected had they been retained – but in a Budget speech which was supposed to be all about helping future generations, such moves look incongruously short-sighted.

What didn’t he say?

Fortunately, one of the Budget policies which generated the most controversy –the proposal to shave £4.4 billion off the welfare bill by cutting back Personal Independence Payments from working-age disabled people – has subsequently been abandoned after it provoked a massive backlash. Given that the Chancellor is still rhetorically committed to meeting his self-imposed welfare cap, it will be very interesting to see whether the government’s commitment to not retrench on any universal pensioner benefits (which account for around 42% of current welfare spending) will survive until the next general election.

In general, government spending will be coming under ever increasing pressure, as the Chancellor set out to make a further £3.5 billion worth of cuts before 2019-20. Will the axe be wielded in a way which is fair to younger and future generations? Only time will tell.

That being said, the biggest negative implications for younger and future generations arising from the Budget probably came from what the Chancellor didn’t say: nothing of substance was said about increasing the supply of new homes, despite this being a high-profile agenda for the government; nor was anything new announced about the future of Britain’s energy supply, despite the drawbacks of the ruinously expensive programme to expand nuclear energy seemingly becoming more apparent by the day.

Of course, expecting consistency from politicians is probably unrealistic, but given that he placed the next generation at the heart of his Budget speech, it seems there was much more George Osborne could have done if he really wanted to benefit them.