David Kingman reports on the latest estimates of “Healthy Life Expectancy” from the ONS, which show that it is not rising as quickly as overall life expectancy 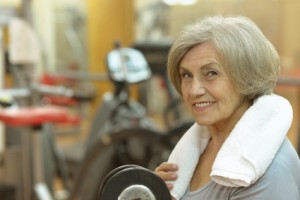 Increases in so-called “Healthy Life Expectancy” – the number of years that a person can expect to live in good health – are failing to keep pace with overall life expectancy, according to the latest statistics from the Office for National Statistics (ONS).

Worryingly, this trend implies that many of Britain’s older people can expect to spend the final part of their lives living in poor health, a trend that will have important implications for dealing with the costs of our ageing population.

The figures, which are averages covering the period between 2012 and 2014, showed that males in England could expect to spend 79.7% of their lives from birth living in good health, compared with 76.9% for females. In other words, the average man who is born today will spend about a fifth of his life in poor health, whereas for the average woman it will be about a quarter.

A crucial point which the figures reveal is that gains in healthy life expectancy are failing to keep pace with increases in overall life expectancy among men: while the latter increased by 0.4 years for typical men during the period covered by the ONS data, they could expect to spend only half of this additional longevity in good health (among women, no statistically significant improvements in either overall or healthy life expectancy were recorded during this period).

The data also reveal that there are vast geographical and social inequalities in healthy life expectancy. A person who is born today in the best-performing local authority, Wokingham in Berkshire, can expect to spend 70.5 years, if they are male, or 70.7 years, if they are female, enjoying good health, whereas a man born in Blackpool (the worst performer among men) can only expect to enjoy good health for 55 years, and a woman in Manchester (the worst performer among women) for 54.4 years, so there are gaps of roughly 15 years between different areas of the country.

Taking a national average, there is a gap in healthy life expectancy at birth of 19 years among men and 20.2 years among women between the most and least deprived areas of England using the Slope Index of Inequality, an ONS measure of how affluent different areas are.

These figures raise some concerning questions about how the country will manage its ageing population in both the long and the short term. In the immediate future, attention is once again being drawn to the problems that face Accident and Emergency (A&E) departments at NHS hospitals, which recently registered their worst ever performance against the government’s targets for how long patients should have to wait before they receive treatment. It has been widely recognised that one of the major causes of this problem is the delays in discharging medically fit elderly patients because of a lack of services in the community: they take up beds on hospital wards that are needed for new admittances. If older patients are living longer in poor health – particularly if they have multiple medical conditions – then the pressures facing NHS hospitals seem likely to intensify.

Looking at the longer term, concerns have been raised that unhealthy lifestyles among people who are currently middle-aged and younger could be setting them up for poorer health when they are elderly. The government has recently launched a major public health campaign to address unhealthy lifestyles among the middle-aged, as improving peoples’ health when they are that bit younger may be one of the best ways of ensuring they spend as much of their old age in good health as possible.