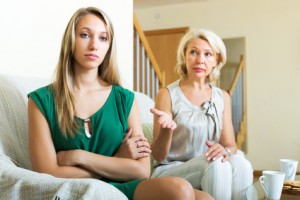 The number of young adults aged 20–34 who still live with their parents has reached a 20-year high, according to recently released figures from the Office for National Statistics.

The figures reveal that 3.3 million members of this age group are now living with their parents, compared to 2.7 million in 1996. During this period, the number fell to a low of just under 2.4 million in 1999 but has been increasing continuously ever since.

This is equivalent to one in four of the total population aged 20–34. However, the incidence lowers as people get older: almost half of 20–24 year olds lived with their parents, compared with one in five 25–29 year olds, and fewer than one in ten 30–34 year olds.

Unsurprisingly, the ONS figures emphasise that the rise in the number of young adults who live with their parents parallels the decline in home-ownership among members of this generation. The proportion of young adults who own their own home fell from 55% in 1996 to 30% in 2015 for 25–29 year olds; and from 68% to 46% for 30–34 year olds. Particularly striking has been the change among people aged 20–24: in 1996 30% of householders among this age group were on the property ladder, but this has now slipped to below 10%, while over 90% are now renting privately – the highest figure among any age group.

The ONS also emphasises how much the deposit that first-time buyers have to provide to get on the property ladder has risen during the past two decades. In 1996 the average first-time buyer needed to provide only around 10% of the purchase price as a deposit upfront, but this has now risen to around 23% (which is actually a slight fall since the economic downturn, when the average figure was nearly 30%).

What the rise in the number of young adults who live with their parents demonstrates is that not only has the housing crisis created a “Generation Rent” who have to find housing in the private rented sector, but also a “Generation Stuck” – “a generation of hardworking men and women in their 20s and 30s [who] are waking up each morning in their childhood bedrooms”, as Prime Minister David Cameron’s put it, in his speech to the 2015 Conservative Party Conference.

What chance do they have of getting on the housing ladder?

Many commentators have drawn attention to the increasing propensity of Britain’s young adults to live with their parents, often describing it as a potential source of friction within families.

Fortunately, the number of people being issued with first-time buyer mortgages is currently rising, although – despite a continuous upward trend in the figures for the past five years, at just over 300,000 per year – the current figure is still well below its pre-downturn peak of 400,000, reached in 2006. Twenty years ago the total was over 450,000, so we still have a long way to go before we reach a level of mortgage lending to first-time buyers which could substantially shift the pattern of young people living at home for much longer than they used to.

More bad news regarding this subject recently came from the housing charity Shelter, who warned that, at least in London, the likelihood that housing supply could be increased to cope with demand is very low, particularly since the potential development capacity of brownfield land appears to have been widely overestimated. It seems unlikely that the parents of “Generation Stuck” will be able to start thinking about remodelling their kid’s childhood bedrooms any time soon.