David Kingman reports on the recent announcement of a further review of the state pension age by the government, and what it could mean for young people 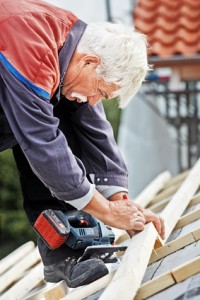 The government has announced an official review of the state pension age, which will have a remit to “consider changes in life expectancy, wider changes in society and help ensure the State Pension remains sustainable”. What could this mean for young people and intergenerational fairness?

The review – which will be chaired by John Cridland CBE, the former Director General of the Confederation of British Industry (CBI) – will report to government by May 2017, giving enough time for its recommendations to have an impact on government policy before the next general election in 2020.

Significantly, the terms of reference for the review indicate that it will only cover further increases to the state pension age beyond April 2028, when the current timetable of increases – which has already been legislated for under the 2014 Pensions Act – will come to an end. Under current plans, the state pension age will have risen to 67 for both men and women by that point, and the 2014 Act mandated that the government should hold a review of the state pension age every five years to inform the planning of future increases.

According to pensions experts, the review is likely to recommend a further programme of relatively rapid increases in the state pension age which will affect young people who are currently entering the labour market. Tom McPhail, the head of retirement policy at financial services firm Hargreaves Lansdown, told the BBC that “we fully expect state pension ages to go up faster than currently planned, and those joining the workforce today are likely to find themselves waiting until their mid-70s to get a payout from the state system.”

Looking at the state pension system in isolation, there are two ways of interpreting this from an intergenerational point of view. On the one hand, only applying further increases in the state pension age – beyond those which have already been planned – to current young people seems intergenerationally unfair, as they may end up spending less of their lives in retirement than the current older generation will do (especially as the Cridland Review could recommend that pension age increases should be decoupled from life expectancy in the future). On the other hand, being expected to work until 75 may not be an unreasonable proposition for today’s young adults if the current trajectory of improvements in healthy life expectancy is maintained (although this would almost certainly have significant implications for the nature of peoples’ working lives which ought to be considered).

Of course, state pensions can’t really be examined in isolation from the other elements of the pension system which together govern how most people fund their retirements.

In relation to private pensions, the ONS has recently released data which show that the number of workers who are enrolled in private pension schemes has continued to increase over the past year, largely due to the expansion of auto enrolment. Almost two-thirds of all workers (64%) now have an occupational pension (5% more than a year ago), although this still only covers 55% of private sector workers (compared to 87% of those in the public sector).

However, a two-year policy review convened by the Labour Party, The Independent Review of Retirement Income (IRRI), has recently warned that, although enrolments in occupational pension schemes are rising, most workers are still not saving enough to fund a decent old age. The average worker currently puts just 4.7% of their salary aside into a pension, whereas the Review warned that the true amount which is necessary for the typical worker is more like 15%. Currently, the auto enrolment programme will only require contributions which are equivalent to 8% of a worker’s salary when it is fully implemented, which raises widespread concerns among experts that they will be insufficient, given modern life expectancy.

Overall, a combination of inadequate workplace pensions and a higher state pension age makes it seem almost inevitable that today’s young workers will need to remain in work for much longer than people typically do at present in order for their old age to be affordable. What this will mean for the labour market as a whole, or for those people who can’t keep working into their mid-70s for health or job-related reasons, are the big questions which society is only just beginning to grapple with.