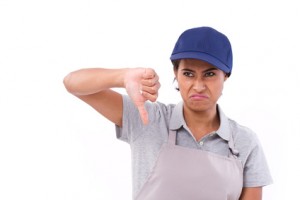 People can be categorised into three groups: first, those who seize the day (“the go-getters”); second, people who are mostly concerned about conformity/security; and a third group who are outward-looking and focus on social justice and tolerance (the “pro-socials”). These three types are categories described by Annie Austin of Manchester University, who has analysed the responses from the bi-annual European Social Survey and decided to see what effect the financial crisis and downturn had on individuals’ values and attitudes to life.

Annie’s findings are really quite stark: she says that the population as a whole moved significantly from the “seize the day” outlook towards the conformity/security mentality and this was more pronounced amongst the young (particularly those born between 1986 and 1990).

In other words, what this seems to show is that, whilst the downturn was bad for young people in a direct way (fewer jobs, tougher economy), it also damaged the aspirations of the young. So, not only did the crash make it harder for them to achieve their goals but it also affected the goals themselves. This is a remarkable development in that for about 100 years there has been a steady move in the UK towards a more adventurous spirit and a shift away from obsession with conformity and security – but this was decisively reversed by the financial crisis.

This really matters, according to Annie, because it compounds other socio-economic inequalities, and it has been especially damaging to the medium-to-low income group. This is the group which is “just one large heating bill or broken washing machine away from hardship”.

It had strikingly bad effects on young adults in their formative years, and is likely to lead to long-term “scarring effects”. Being unemployed at a young age is damaging for life, and tends to drive people permanently towards values of conformity/security.

Perhaps it will also shape the way that this generation of younger people think and behave when they get into positions of responsibility – they may well adopt policies that are unadventurous and tend towards conforming and enhancing security.

Annie’s recommendations are that we should respond to her findings by adjusting public policy: in good times we should address the structural causes of inequality and precarity, and in hard times government should do what it can to support horizons of high expectation and high aspiration.

There certainly seems plenty of anecdotal evidence that young people have lowered their aspirations as a result of the economic headwinds of the last eight years. You often hear people say “I’ll never be able to own my own home like my parents did”, or “I don’t think we will be able to afford to have children.” Perhaps a more acute worry is that younger people haven’t just lowered their individual aspirations but that, as a generation, they are more likely to prioritise stability and security over creativity and adventure, leading to wider social change in the same direction.

For more on Annie Austin’s findings, see her paper entitled “Practical reason in hard times: the effects of economic crisis on the kinds of lives people in the UK have reason to value”.