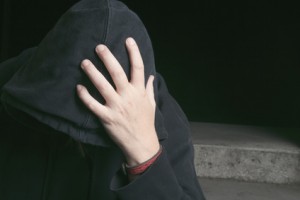 The number of young people who are officially classed as “Not in Employment, Education or Training” (NEETs) is continuing to fall, according to the latest official data from the Office for National Statistics (ONS).

The ONS figures, which cover the fourth quarter of 2015 (October to December) reveal that the number of 16–24 year olds who were officially classed as NEET fell to 854,000, a reduction of 110,000 compared with the same period in 2014. This means that the share of people in this age category who were classed as NEET fell to 11.8%, down 1.4% from the figure a year earlier. Although this level actually represents a slight increase of 5,000 from the number during the third quarter of 2015, this seems fairly insignificant in comparison to the progress which has been seen since the same period in 2011, when 17% of this age group were classed as NEET.

The ONS divides people who are classed as NEET into two sub-groups: economically active and inactive. The distinction between them is that the former are actively searching for work while the latter are not, either by choice or because they are unable to do so. In total, 42% of all NEETs were classed as unemployed; the number in this group has fallen by 92,000 from a year earlier, which includes a fall of 18,000 during the third quarter of 2015. The increase in the number of NEETs between the third and fourth quarters was accounted for by people in the economically inactive category, whose numbers increased by 23,000 during the same period (although this was still 18,000 lower than it had been a year earlier).

This increase may be due in part to young people giving up, having failed to find work, which would potentially be a concerning development for policy-makers, as prolonged periods of unemployment at the start of a career has been proven to have a corrosive impact on future levels of earnings.

Over all, the fall in the number of young people who are classed as NEET is an overwhelmingly positive story for young people, given that over a million of the UK’s 16–24 year olds were in that position at the height of the recession – although some of the reduction may be due to the increase in the compulsory participation age for education to 18, rather than genuine improvements in the labour market for young people.

However, there are still two remaining areas of concern regarding NEETs which need to be addressed going forwards. Firstly, there is always the risk that the reduction in the number of young people who are classed as NEET could plateau. Time series data show that around 13% of this age group were classed as NEETs in the years before the 2008 financial crisis; this means that the current figure of 11.8% is actually the lowest it has been in almost 15 years, so it is worth wondering how much spare capacity the labour market actually has to absorb the remaining 854,000 young people who are still classed as NEET. That figure is likely to include the types of young people who face the most challenging barriers to entering employment or education, and who are likely to need extra help in order to fulfil their potential.

Secondly, there are also questions which need to be asked about the quality of the jobs and educational opportunities which the young people who stop being classed as NEET are obtaining. The growth of zero-hours contracts and other forms of unreliable, potentially exploitative employment practices among young workers has been well documented, while official sources have also cast doubt on the quality of many apprenticeships. A statistical reduction in the number of NEETs is almost certainly a good thing for young people, but the data can only tell us so much about the extent to which their lives are really improving.