The Government’s attempt to amend child poverty indicators has been blocked by Peers in the House of Lords by a majority of 92. Neesha-Ann Longdon welcomes the change of course that this should produce 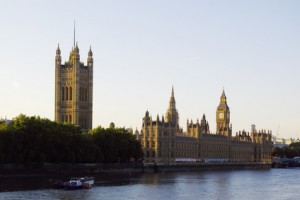 How should child poverty be measured?

Income-related indicators have been in place since the 2010 Child Poverty Act, which was designed to set targets on the eradication of, and provisions for, child poverty. However, ministers, including Welfare minister Lord Freud, claim that income statistics have failed to illustrate the true state of child poverty in Britain by largely ignoring other factors, including life chances and the number of children in workless households.

Indeed, by addressing other poverty factors, the Government would be reducing reliance on income to portray the full picture on poverty, which is known to be inadequate. Studies by the Joseph Rowntree Foundation, for example, indicate that it is insufficient to look at income without the effects of spending: whilst income poverty rates have been falling, spending poverty rates have been conversely rising. To exclude data on the number of children living in poverty-stricken working households is effectively implying that the scourge of in-work poverty is not a priority.

Nonetheless, to totally disregard the utility of income figures would be a grave mistake on the part of the Government, as rightfully acknowledged by the Labour opposition as well as anti-poverty groups. Income is the basis on which families can access and purchase crucial good and services; therefore to ignore this would only serve to further distort the picture of poverty rather than improve its accuracy.

Is the government doing enough to tackle child poverty?

Though resources may be scarce, we may question whether the Government has paid enough attention to intergenerational inequality where issues concerning the younger generations, including poverty, are treated as secondary to those of older generations. Since 2000, falling poverty rates amongst pensioners have been observed, with now approximately 1.6 million pensioners living below the poverty line compared to 2.9 million in 1999. Meanwhile, 3.7 million children were recorded to be living in poverty between 2013 and 2014 – and this number is set to increase to 4.3 million by 2020, according to a prediction by the Child Poverty Action Group.

This increase in child poverty is partially linked to the Welfare Reform and Work Bill which made crucial changes to the child tax credit system as well as freezing the working tax credit. However, this also highlights the concerning issue over the UK’s changing demographic. The current ageing population has led to a bias in resource allocation, with younger generations receiving less than a sufficient share to ensure their well-being. There do appear to be signs of the Government recognising this neglect, particularly in its declaration made in January to thoroughly investigate intergenerational fairness on the housing and wealth accumulated by the current retiree population compared to the entitlements of more recent generations;  IF has submitted a formal response to the inquiry.

It is apparent that this amendment made to the Welfare Reform and Work Bill can be overturned at a later date this year. However, in the interest of retaining focus on a root cause of child poverty, particularly if the Government is to inquire into wealth accumulation, it is hoped this amendment prevails.