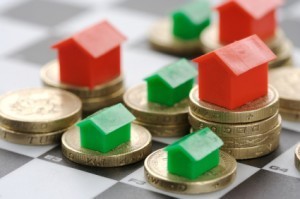 The Headline Report from the 2013/14 English Housing Survey, which was recently launched by the Department for Communities and Local Government (DCLG), reveals a number of fascinating insights into the country’s housing challenges, including the dramatic growth of “Generation Rent” over the last ten years. What are the main points that it reveals?

The two most interesting insights from the New English Housing Survey both underline the extent of the generational shift that has taken place in English housing. Firstly, it shows that the proportion of households within the 25–34 age group who live in the private rented sector has now reached 48% nationwide. To put this figure in context, it was just 21% – less than half the current figure – only ten years ago. Conversely, the survey reveals that the proportion of households in this age group who are owner-occupiers has fallen from 59% to 36%. This starkly demonstrates what a dramatic impact the housing crisis is having on the lives of this particular cohort, for whom the “Generation Rent” label is extremely apt.

A related finding from the Survey was that 2013/14 marked the first time when the proportion of owner-occupiers who owned their properties outright outnumbered those who were paying off a mortgage. This demonstrates the extent to which owner-occupation has become the preserve of those who are either old enough to have paid off their mortgages, or rich enough to buy with cash in today’s housing market, as taking on a mortgage remains out of reach for so many younger households in large parts of the country.

Across the population as a whole, the Survey found that 4.4 million households (almost 1 in 5 of the total) are now renting privately, when the figure was just 11% a decade ago. This means the number of private renters is now higher than the number renting from social landlords (3.9 million), which is likely to fall over the coming years because of changes to Housing Benefit and the government’s policy of extending the Right to Buy to housing association tenants.

Another important finding from the Survey was that peoples’ life satisfaction and wellbeing are closely related to how satisfactory their housing arrangements are (this year’s Survey was the first one which has tested the relationship between housing and life satisfaction). This demonstrates the crucial importance of ensuring that everyone who needs it is able to obtain decent, secure housing that meets their requirements in life – underlining the scale of the challenge facing policymakers who are trying to combat Britain’s housing crisis.

Unfortunately for the government, the English Housing Survey launched in the same week a major report from the House of Lords Committee on National Policy for the Built Environment which criticised several aspects of the current government’s housing and planning policies for being “short-sighted”.

The committee’s report argues that, while the government’s focus on addressing housing unaffordability in England through current policy agendas is a welcome development, they risk creating problems for the future in the rush to build too many poor-quality homes too quickly. In particular, the report joins the growing chorus of criticism facing the Starter Homes policy, which, it argues, will undermine the delivery of genuinely affordable housing for families on low-incomes; it also recommends that the government remove borrowing restrictions on local authorities that stop them building housing and appoint a Chief Design Officer with a nationwide remit to try and ensure that all new development contributes to genuinely sustainable place-making.

This report suggests there is a clear tension between building homes more quickly and ensuring that they result in the creation of pleasant places to live. With housing becoming increasingly unaffordable – even with the current, widely criticised, standards of design – can we avoid “more” meaning “worse”?